His comments have sparked fury as critics say it is the first step in accepting paedophilia.

However, Simon Bailey who is the chief constable of Norfolk Constabulary and head of child protection at the National Police Chiefs Council, says that resources are tight and authorities would be better off concentrating on those who pose a physical threat to children.

Speaking to the Times, he said that a dramatic increase in the reporting of sexual abuse has meant that their services have reached "saturation point"

In a view that has horrified many, Mr Bailey believes that some of the lower level offending such as viewing pornographic images of children should be decriminalised and dealt with through counselling and rehabilitation.

He said that we cannot "arrest our way out of the situation".  He differentiated between those who go online and use their credit card to direct the abuse of a child in a country like the Philippines who should be "locked up categorically," and those who are not in contact with children but look at "low-level images" 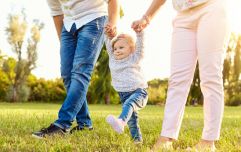 END_OF_DOCUMENT_TOKEN_TO_BE_REPLACED

He believes it will free up more officers and intelligence to deal with more serious offenders.

What's your view on the matter? Do you feel like it is a better use of resources or is this opening the floodgates to saying it is ok to view pornographic images of children?

popular
Childcare fees to be reduced by up to €170 per month
Budget 2023: Parents will not have to pay for primary school books from next year
Coronation Street star Lucy Fallon pregnant after miscarriage heartache
Breaking is the haunting novel parents need to read this October
Parents told to prepare for two-year-long creche waiting lists
6 unusual and unique family-friendly activities to try in Ireland's Hidden Heartlands this autumn
Smyths issues warning to parents ahead of Christmas
You may also like
4 years ago
This video teaches young children about consent in an accessible way
4 years ago
Over half of boys have watched porn by the age of 13, survey finds
4 years ago
Parents and students will soon get a say on the use of smartphones in schools
4 years ago
ISPCC calls for regulations on social media companies to protect children
4 years ago
Facebook asked users whether it should allow men to ask kids for 'sexual pictures'
4 years ago
A third of Irish children 'rarely or never' talk to parents about online safety
Next Page