The blasts could be heard across two states.

In the US, a New Hampshire man has turned himself in after detonating 80 pounds of explosives at a gender reveal party. On Tuesday evening, police in the town of Kingston near the Massachusetts border began getting reports of loud explosions in the area. They attended the scene of a quarry where they found a gender reveal party underway.

Police revealed there was over 80 pounds, or 36 kgs, of explosives at the site and the person who bought and detonated the explosives has handed himself over to authorities.

Locals in the surrounding areas said they felt their homes shake and some reported property damage. Nearby residents told NBC 10 Boston that the noise was extreme, “We heard this God-awful blast,” Sara Taglieri, who lives in a home near the quarry, explained. “It knocked pictures off our walls … I’m all up for silliness and whatnot, but that was extreme.” 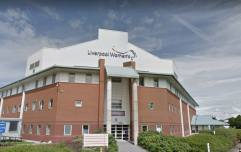 END_OF_DOCUMENT_TOKEN_TO_BE_REPLACED

Gender reveal parties have become increasingly popular in recent times, the parties centre on expectant parents revealing the gender of their baby in lavish ways to their friends and families. Despite the magnitude of the explosives at this particular party, nobody was injured in the incident.

According to police, the explosives used are typically sold over the counter as a target for firearms practice.

The investigation into the incident is ongoing and no charges have yet been brought.

Also if you were wondering... it's a boy.


popular
"You're disgusting": Prince William roars at photographer who was 'stalking' his family
I tried 'slow parenting' for a year and I'm never going back
6 fun things to do in Dublin on your next family day out
Parent's Benefit Leave extended from today - here's what you need to know
Supermarkets add security tags to baby formula as cost of living crisis deepens
Fashion expert tells mothers what to wear on school run to not look 'old and frumpy'
New sleep safety guidelines: "No co-sleeping at all"
You may also like
4 years ago
Note of warning... never heat your eggs up THIS way in the microwave
5 years ago
'Several injured' in nuclear power plant explosion in the English Channel
5 years ago
Could This Be THE Most Explosive Gender Reveal Of All Time?
4 days ago
Sharon Stone reveals she experienced nine miscarriages
4 days ago
Should I make my teenage daughter pay me for collecting her from work?
4 days ago
Aldi to update signage in-store from "Feminine Hygiene" to "Period Products"
Next Page