"It was a great adventure with a great finale."

Gogglebox fan favourite June Bernicoff has said she won't be returning to the show after the death of her husband, Leon.

The couple were one of the first members of the public who were cast in the series, and quickly became firm favourites among viewers.

Tragically, 83-year-old Leon passed away in December last year after a short illness.

The show won the Best Factual Entertainment award at the National Television Awards on Monday night, where the other Goggleboxers dedicated the victory to June and her late husband. 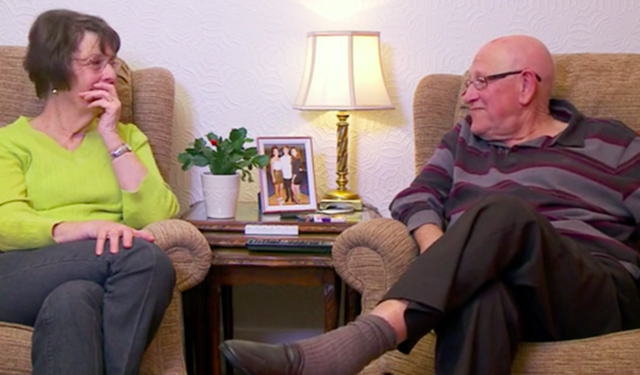 June revealed her decision to leave the show on social media, saying that it was "a great adventure with a great finale".

When she was asked if she would do Gogglebox with one of her daughters, June simply tweeted:

"It was a great adventure with a great finale with the NTA."

“@ladyshazza27: @LeonAndJune would you do the show with one of your daughters? X” It was a great adventure with a great finale with the NTA😊

And while many fans were heartbroken, they were also quick to support June's decision.

"That's a real shame...i know no-one could replace Leon but you both will be sadly missed."

"You have to do what's right for you June. Your memories with Leon will be with you forever and we have those from goggle box too. Thank you x"


popular
Irish influencer Lisa Jordan reveals her little boy's name and it's so cute
The Mrs Hinch approved hack that'll help you get rid of flies in your house
These 5 Foods Could Increase Your Chances of Having Twins
Kids still got a pesky case of lice even with school out? Here's how to fix it
The tooth fairy letter many parents are feeling a little divided about
Video of newborns doing the breast crawl shows just how natural breastfeeding is
Pregnant with Pelvic Girdle Pain? These Gentle Exercises Might Help
You may also like
6 months ago
Gogglebox's Izzi Warner has welcomed a baby girl - and we adore her name
1 year ago
This Morning fans in tears as Gogglebox's June Bernicoff talks about late husband Leon
2 years ago
Gogglebox Ireland are looking for new people for the show and it could be you
2 years ago
Scarlett 'was one of the first people Ant called' when he got out of rehab last year
2 years ago
Gogglebox's June pays touching tribute to husband Leon
2 years ago
BREAKING: Gogglebox legend passes away at the age of 83
Next Page