The Government have advised against non-essential travel to six European countries.

Tánaiste and Minister for Foreign Affairs Simon Coveney confirmed the news on Saturday, as he urged Irish citizens to "exercise a high degree of caution when making travel plans."

He also said that the Department of Foreign Affairs in Ireland is now advising against non-essential travel to Czech, Cyprus, Denmark, Malta, Poland and Slovakia.

The government continues to advise against non-essential travel to Spain, which declared a state of emergency over coronavirus on Friday. They also advise no travel to Italy.

On Friday, Minister for Health Simon Harris asked anybody returning to Ireland from Spain or Italy to restrict their movements over the coming weeks.

Those entering the country from these areas are not being asked to self isolate, but to work from home if possible and to reduce their social interactions until March 29.

Harris told RTÉ's Morning Ireland that the decision was made to lessen the spread of the coronavirus.

Minister for Health Simon Harris has said all people coming back from Spain and Italy are being asked to restrict their movements for the next two weeks, which means not going to work | Read more coronavirus coverage: https://t.co/839hgCRs1u pic.twitter.com/9kqQLzY8Ck 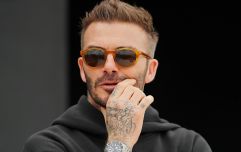 END_OF_DOCUMENT_TOKEN_TO_BE_REPLACED

"It is not quite self-isolate, but to restrict their movements," he said.

"Anyone returning from Italy and Spain will be met by environmental health workers on their return at the airport and told to restrict their movements.

"Where we are telling people it is unnecessary to travel to, we will then have to ask them to take additional precautions when they return to this country."


popular
Mini Bella Boutique is running a huge online clearance sale as it sadly closes
Attention parents and kids! Here are 3 simple but scrumptious recipes to keep you busy all afternoon
Kim Kardashian says lockdown has made her realise she doesn't want more kids
David Beckham shared his dinner on social media and we really wish he hadn't
Dad hides coronavirus symptoms from hospital staff in order to see newborn
How to potty train your toddler in three days, according to the experts
Due in 2020? These baby girl names are sure to be popular in the coming months
You may also like
1 week ago
Miriam O'Callaghan will be presenting tonight's Late Late Show
1 week ago
Mothercare temporarily close stores but range can still be bought on website and app
1 week ago
School in Meath to close permanently due to the current coronavirus crisis
1 week ago
Meghan Markle is voicing a Disney documentary about elephants
1 week ago
There's a new Harry Potter audiobook coming out next week and it sounds magical
1 week ago
The Late Late Show to pay tribute to men and women of Ireland's National Frontline Services tomorrow night
Next Page