Yes, you did read that correctly.

A Grey's Anatomy actor is joining the cast of Coronation Street in what has to be the most stunning career move of the 21st century.

Luca Malacrino is set to join the ITV soap early next month as a "fiery" hairdresser who shows up and desperately tries to secure himself a job in Nick and David's barber shop.

Welsh born Malacrino, who appeared in one episode of Grey's Anatomy back in 2017, said that he wasn't going to bother going for the Weatherfield audition... until his mam convinced him to. 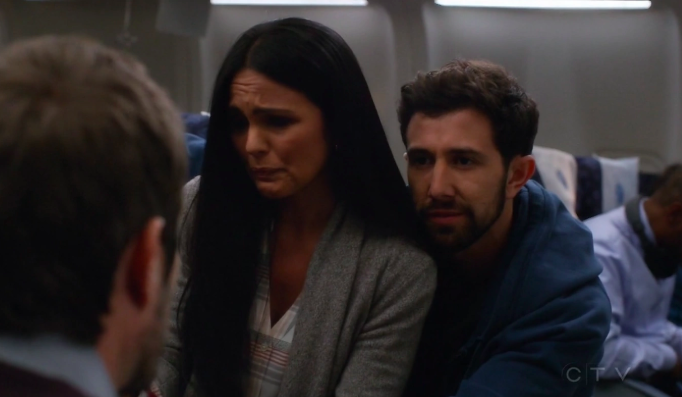 He told Wales Online that he asked his mother if travelling from the States for audition was a good idea.

"She said, “I don’t know why, but I have a really good feeling about this one," he explained. "So I booked the next flight out."

END_OF_DOCUMENT_TOKEN_TO_BE_REPLACED

"In Hollywood I’ve played a psychopathic murderer, a ’60s British agent and an ex-con from Brooklyn so it’ll be great to get stuck into a completely different role on Coronation Street.

"Around eight million people watch it per week, which is a pretty brilliant feeling. I can’t wait to show what I can do with this character."

Malacrino played the character of Bryan in Grey's Anatomy two years ago. He also appeared in Criminal Minds that same year.

He's due to make his Corrie debut on February 6.


popular
#MomLife: 7 things I wish I done more of when my children were babies
Here is what Center Parcs Ireland have said about reopening this summer
Suffering with hayfever? The very simple vaseline hack you need to know about
Video of newborns doing the breast crawl shows just how natural breastfeeding is
Stacey Solomon has the most brilliant hack for avoiding messy mealtimes
Simple parenting trick to help heat up paddling pool water with just bin-liners
Apparently, here are 10 baby names set to be extremely popular in 2020
You may also like
1 month ago
Corrie's Jack P. Shepherd shares throwback photos to celebrate 20 years on the soap
2 months ago
Real life Corrie couple Sally Carman and Joe Duttine have gotten engaged
2 months ago
Corrie's James Burrows has landed his first role after leaving the soap
2 months ago
'The hardest goodbye': Corrie's Lucy Fallon pays tribute to Bethany Platt as her final scenes air
2 months ago
Coronation Street's James Burrows shares details about Ali Neeson's exit storyline
2 months ago
Coronation Street's Samuel Robertson weighs in on Sarah and Adam's future
Next Page