Grieving mum devastated by house fire: 'God took you both from me'

Biddy O’Brien was the sole survivor of a horrific fire that claimed the lives of her two young children, her cousin and her daughter.

The mum-of-two suffered 70 percent burns after the fire back in March and had only heard the news of her children’s death in recent weeks.

Now the grieving mum is speaking about the heartbreaking loss.

“I miss and love you so much my little babies. You were all I ever needed and all I ever wanted in life and God took you both from me at once. 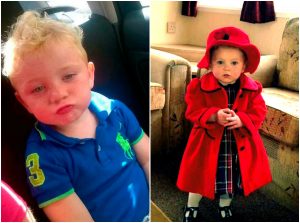 “You were my world – there won’t be a boy or girl like you again. People say it gets easier but it never will knowing they’re gone from me," reads the mother's statement in The Sun.

“God’s a cruel man for what he’s done to me – my one and only golden boy and princess of a girl. Mammy loves you from the bottom of her heart.”

END_OF_DOCUMENT_TOKEN_TO_BE_REPLACED

Biddy O’Brien spent six weeks in intensive care after a fire broke out in a women’s refuge in Clondalkin in March.

The house fire also claimed the lives of her cousin Anne Marie O’Brien and her child, three-year-old Paris.

“I miss my beautiful sister Ann too and my little niece Paris and nephew AJ.

“I love you all loads and loads.”


popular
"You're disgusting": Prince William roars at photographer who was 'stalking' his family
Expert says Cocomelon acts "as a drug" to kids' brains
6 fun things to do in Dublin on your next family day out
Woman (50s) dies after falling into water at Dún Laoghaire pier
Here's how long new couples wait before farting in bed with each another
Sharon Stone reveals she experienced nine miscarriages
"No co-sleeping at all" – new safe sleeping guidelines for babies states
You may also like
4 hours ago
"It's a competition" – one mum rants about teachers' presents and we agree
5 hours ago
This mum is afraid that she may have given her baby the wrong name
6 hours ago
Family of Deborah James sadly announce that she has passed away
9 hours ago
Free contraception to be rolled out for women aged 17-25
13 hours ago
19-year-old in critical condition after severe car accident in Cork
14 hours ago
Planning a family trip to Kerry? Discover everything Muckross House has to offer this summer
Next Page