If it was up to Kristen Bell, it would seem that Frozen 3 is set to become a reality in the near future.

Yep, we are talking about turning Frozen into a trilogy – and how it might just be a thing.

Earlier this week Bell made an appearance on "The Tonight Show Starring Jimmy Fallon," and after Fallon admitted to the actress that he actually liked Frozen 2 more than the original, Bell hinted that she would actually love to do a Frozen 3.

"Of course, you can," Bell replied, which then prompted Fallon to ask if a third movie might be on its way.

"I would ... like to officially announce," Bell teased with a pause, then continued, "with zero authority, 'Frozen 3.'"

"Wow," Fallon replied, followed by a burst of laughter.

Bell, who does the voice of Anna in the series, made it clear that a third "Frozen" movie isn't official by stating that she's "not in charge," repeating she has "zero authority" to announce anything right now. Disappointingly, she also couldn't confirm if the movie might already be in the works. 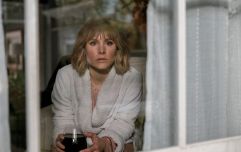 Viewers are very confused over Ireland's most popular Netflix show

END_OF_DOCUMENT_TOKEN_TO_BE_REPLACED

"I'll keep it mysterious," she said.

However, the one thing that Bell could confirm is that co-star Idina Menzel, who does the voice of Elsa, is more than ready to do the project with her.

"Come on, we want it," Fallon said, and Bell agreed.

Frozen 3 –Elsa is in too

Earlier this month, Menzel herself revealed in an interview that she too would be delighted to do another Frozen movie. The singer said that she hopes "Frozen 3" becomes a reality because she would play Elsa "anytime."

"I can be 80 and play a blonde animated girl who's like, 15, who has amazing arms, by the way. I love that about her," Menzel said with a laugh.

Back in 2019, Bell told People that she loved doing the "Frozen" films because the moral of the story was different from most fairytales.

“The happily ever after is not waiting for a kiss from your prince, which has sort of been the standard in literally every Hollywood movie,” she said. “[Frozen] was about something that was just as deep, if not deeper, which was like the love of family.”

popular
Andrew McGinley honours his children on their third anniversary
Infant boy dies in tragic accident in West Cork
Expert says Cocomelon acts "as a drug" to kids' brains
No plans to abolish homework, says Minister Foley
Mum who lost baby after home birth claims maternity hospital failed to share medical details
Irish woman accuses Conor McGregor of kicking her in the stomach on his yacht
Parents are banning grandparents from changing nappies to 'protect baby's privacy'
You may also like
10 months ago
I share a bedroom with my kids – and so do Kristen Bell and Dax Shepard
1 year ago
Honest quotes from famous mums that will make you say 'yep, been there'
1 year ago
Dax Shepard nursed out clogs his wife encountered during her breastfeeding
1 year ago
Kristen Bell says parenting is like a sport: "you're either winning or losing"
1 year ago
Kristen Bell says daughter Delta's name is a "big, big bummer" right now
1 year ago
Do your children fight? Here's how Kristin Bell deals with her daughters' "nasty" arguments
Next Page