Nipples. We all have 'em, but for some reason men can get their's out in public while us gals must hide our's away like some kind of terribly shameful anatomical anomaly.

Until recently, Instagram and Facebook had a strict 'no female nipples' policy. You could post a photo of a beheading, sure. But a boob? No way Jose. Because of a number of objections, the rule has been loosened somewhat... to allow for images of breastfeeding and mastectomies. Apart from that however, female nips are still not welcome on the World's largest social media networks.

Now a campaign is underway to change the notion that women's nipples are somehow more offensive to look at than men's.

Created by artist Micol Hebron, this tongue-in-cheek graphic has been shared hundreds of thousands of times over the weekend. 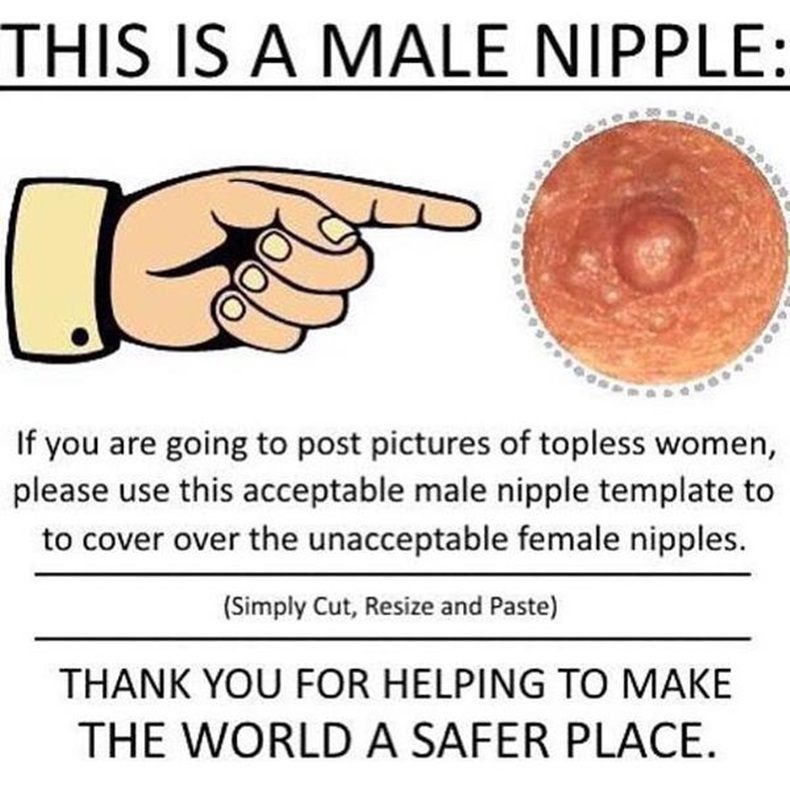 The graphic has begun to inspire others to pitch in their own artistic efforts using the #Freethenipple hashtag.

One Instagram user used the graphic 'pasties' to cover her own nipples in a top.less photo, adding: "Oh don't worry Instagram, I censored my nipples with my boyfriend's so nothing illegal here. 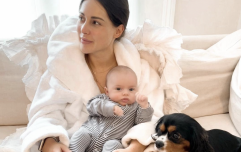 END_OF_DOCUMENT_TOKEN_TO_BE_REPLACED

Even celebrities have joined the crusade to free the female nipple, with Chelsea Handler, Scout Willis, Miley Cyrus and Rihanna showing their support for the campaign, which Handler says challenges the idea that "boobies are dangerous”.

In Ireland, it might take a bit longer to reach a place where the sight of a woman's nipple no longer makes the villagers gasp in horror, but hopefully nipple hysteria is firmly on the way out.

To find out more the #Freethenipple movement, watch Free the Nipple on Netflix.


popular
Mum urges parents to stop giving young children marshmallows
Former 16 and Pregnant star Jordan Cashmyer dies aged 26
Schools to hold a minute's silence for Ashling Murphy
Ben Foden speaks out about the "things he put Una through"
Expert says Cocomelon acts "as a drug" to kids' brains
Gardaí seize two cars linked to Ashling Murphy death as they question new suspect
Prince Harry fears his children won't be safe in UK
You may also like
2 days ago
And Just Like That... I came to terms with the fact that I'm a Charlotte
2 days ago
Gardaí identify "person of interest" over Ashling Murphy murder
3 days ago
Baby Shark becomes first video ever to hit 10 billion views on YouTube
3 days ago
Britney claims Jamie Lynn's memoir is at her expense: "She never had to work for anything"
3 days ago
"Praying she is found": Daughter of missing Bernadette Connolly issues new appeal
3 days ago
Dublin dad-of-seven pleads guilty to possessing 300+ images of child sexual abuse
Next Page