Hilary Duff called out for piercing baby girl's ears- how young is too young?

What is the right age to allow piercings?

Hilary Duff has been called out for piercing her baby girl Mae's ears but the former Disney star isn't letting the mum-shamers get to her.

She posted a photo of her daughter on Instagram and wrote, "Yes! I pierced her ears today. Can’t wait for the internet to call me a child abuser… again. Lesss go [sic]."

Duff was targeted by trolls when she pierced daughter Banks' ears when she was young.

Speaking about the onslaught  of online abuse, the actress said: "I’m so used to dodging the comments or the judgment, you just get a tough skin."

"You don’t realise how much it actually affects you." 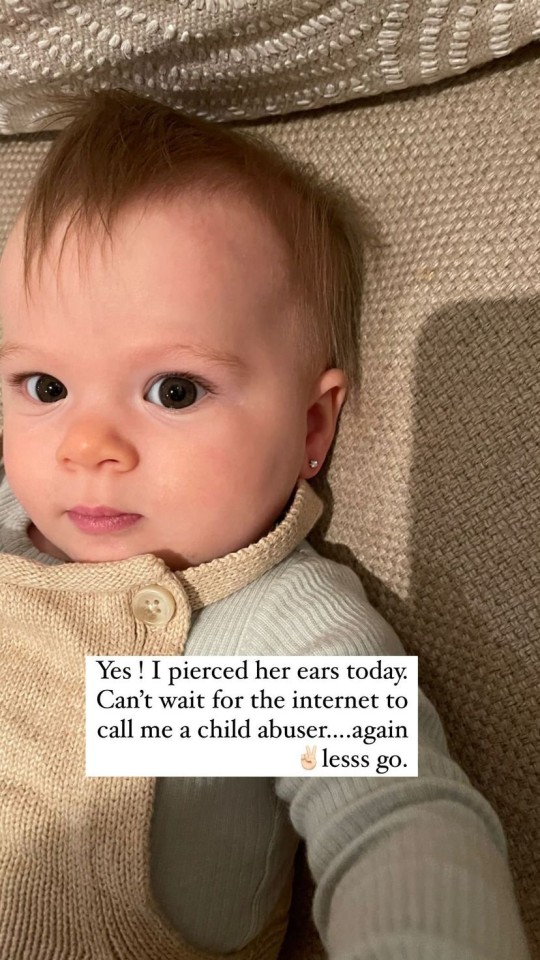 "I don’t comment on other people’s posts like that, so I don’t understand, but I guess it’s just a need for attention."

"It’s hard not to take it personally," she added.

Some of her followers said she was inflicting pain on her baby. 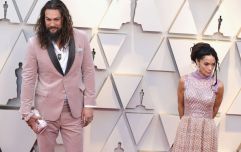 Jason Momoa and Lisa Bonet split after 16 years together

END_OF_DOCUMENT_TOKEN_TO_BE_REPLACED

Others even claimed it was child abuse.

The AAP advises waiting until your child is old enough to follow piercing aftercare themselves, but they don't completely advise against piercing a baby's ears.

Others think it is completely wrong and unfair on the child.

However, many parents see no harm and it is actually part of some cultures.

Physicians say parents should wait until their child gets their tetanus shots.

The AAP believes there is nothing wrong with piercing at any age once it is performed with "sterile equipment and techniques".

If you do get your baby's ears pierced then you must be diligent with the aftercare to prevent infection and to ensure the piercing heals properly.

What do you think? What is the right age to get a child's ears pierced?


popular
Virgina Giuffre wants a resolution that vindicates her and other victims, says lawyer
Egyptian teen found dead after fake naked images of her shared online
Not every parent will agree with this mum's stomach bug hack
Surrogate who had 13 babies for other people accidentally gave away her own son
WATCH: Man tries on pregnancy bump and literally cannot function
John Mulaney's ex-wife Anna Marie Tendler opens up about "surreal" Olivia Munn baby news
And Just Like That... I came to terms with the fact that I'm a Charlotte
You may also like
3 weeks ago
Chitty Chitty Bang Bang star Sally Ann Howes has passed away
3 weeks ago
Stacey Solomon gets emotional after finally introducing Rose to her grandmother
1 month ago
John Whaite responds to "vicious" trolls who claim Strictly is fixed and "not natural"
1 month ago
"You have no clue": Jennifer Aniston hits out at claims she chose career over having children
1 month ago
Katie Price called out for "dangerous" parenting mistake
1 month ago
Louise Redknapp responds to claims she's in "despair" over Jamie's new baby
Next Page