Probably unbeknown to himself, four-year-old Prince Louis of Wales went on to become the star of the show earlier this summer at the late Queen Elizabeth's Platinum Jubilée celebrations.

The little royal's antics and hilarious facial expressions captured hearts – and memes – across the world.

And so although the past few days' events in London were a far more sombre and serious affair, it seems people still missed the precious of the pint-sized prince.

So much so, in fact, that when Louis' elder siblings, Prince George and Princess Charlotte, were seen to take part in the late Queen's funeral and committal services in London and Windsor on Monday, the internet exploded with memes speculating what little Louis – who was left at home – was up to for the day. 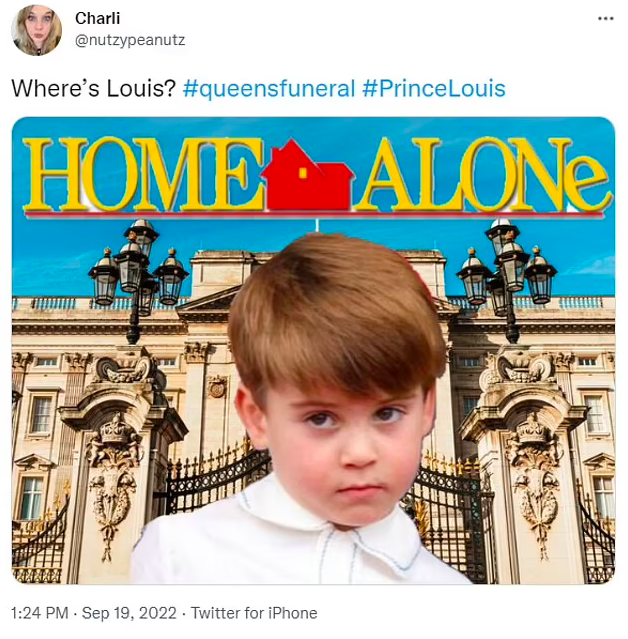 It seems many believe little Louis was having his very own 'Party at the Palace...' 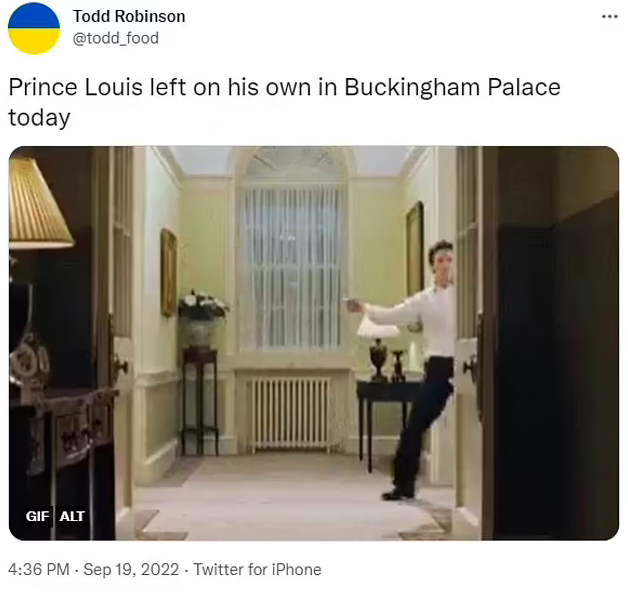 The tot's antics at the Party at the Palace concert earlier this summer secured him a forever place in the meme hall of fame. 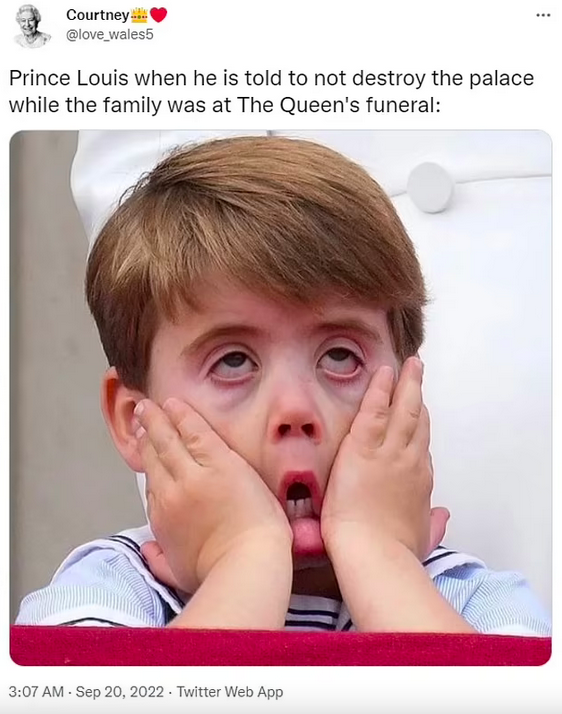 Others were wondering how Louis' poor nanny was holding it together: 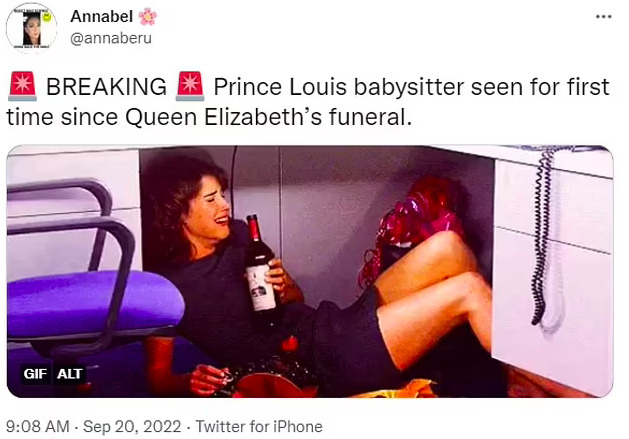 Many figured it was him mum, the Princess of Wales, who had made the call to leave little Louis at home – after having had to deal with the brunt of his (very normal for a toddler) behaviour at the Platinum Jubilée celebrations: 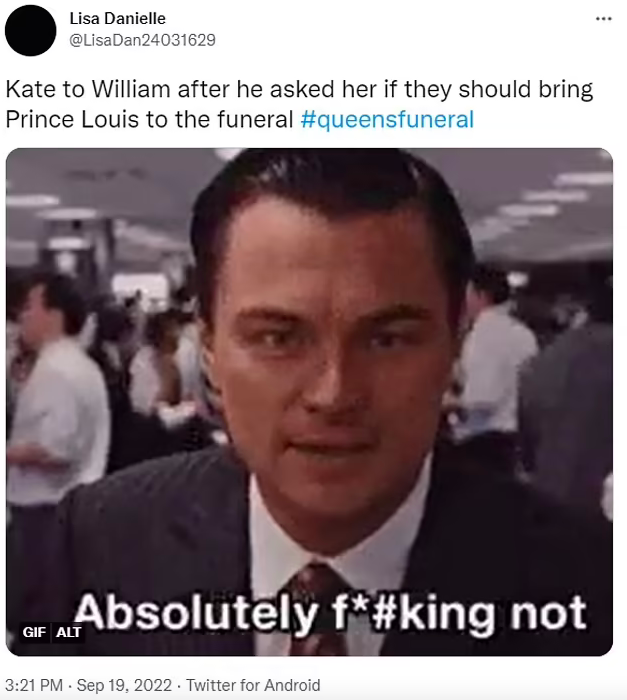 popular
Parents told to stop buying selection boxes for kids- here's why
People are realising what the red Christmas lights are actually for
Opinion: He may be a politician, but Leo Varadkar's personal life is none of our business
Expert says Cocomelon acts "as a drug" to kids' brains
Kelsey Parker: "People think I should be walking around wearing my black veil"
"Losing a baby is the ultimate loss, but to watch on over a video call is soul destroying"
4 ways to fix hard slime with ingredients you probably already have at home
You may also like
2 months ago
Mum shares important warning after almost losing her newborn to a kiss
2 months ago
Should older kids have to babysit younger siblings? One mum weighs in
2 months ago
TV presenter praises royal children – and claims most parents today are raising 'spoiled brats'
2 months ago
Waitress admits to watering down kids' sugary drinks without telling parents
2 months ago
Dad's trick for getting his son to take medicine causes major parenting debate
2 months ago
A stranger wanted to change my baby's nappy and called me “a pervert” when I refused
Next Page