Her mother has been "begging for any type of answer".

Authorities have searched the home of Adam Montgomery, where missing seven-year-old Harmony Montgomery was last known to live.

Harmony, who was only reported missing in December 2021 has not been seen in her local town of Manchester, New Hampshire, since October 2019.

Manchester police said the case is "very concerning" and have been searching for the child since it was discovered that she was missing.

"77 Gilford St. is a focus of the investigation because it is the last location where Harmony was known to reside before her disappearance in 2019," police said in a statement. 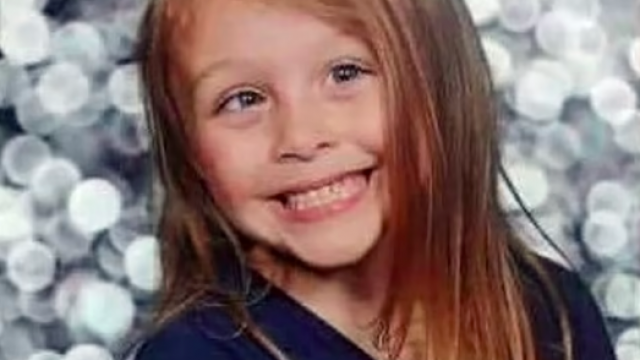 According to the Boston Globe, authorities did not reveal what they found at the house, which they searched on Saturday and Sunday.

However, they were seen lugging an orange bucket and blue tarp behind the house, which was roped off with yellow crime scene tape, and carrying away sheets of home insulation.

They were also seen digging in the back garden for any signs of Harmony or any evidence that could help them in their investigation.

Her mother, Crystal Sorey, has said that she never stopped searching for her daughter.

She said she had been “begging for any type of answer" and that her daughter was "failed by everybody".

Harmony was in the custody of her father, Adam Montgomery, at the time of her disappearance. Last week, he was arrested in connection with the disappearance but has not been charged.

His partner, Kayla Montgomery, has also been arrested. Both are pleading not guilty.

Advertisement
popular
Shock after baby is discovered alone in pram late at night in Dublin
Stacey Solomon's fans think they've figured out her baby's name
HSE issues advice for parents if their child starts choking
Expert says Cocomelon acts "as a drug" to kids' brains
Can you pronouce these 7 'unique' baby names? They're trickier than you think
Conor McGregor hit by car ‘at full speed’ while cycling
Gemma Atkinson slams trolls who accused her of having baby with another man
You may also like
5 days ago
Patient in his 80s killed in Cork hospital ward following attack
1 week ago
Jeremy Clarkson apologises to Meghan Markle over for 'disgraceful' column
3 weeks ago
Ireland set to ban "cruel process" of conversion therapy
3 weeks ago
Details emerge in Bruna Fonseca investigation in Cork
4 weeks ago
Andrew Tate releases statement following Romania arrest
1 month ago
You can now rent Iris's cottage from The Holiday on Airbnb
Next Page