Did you let it all hang out from day one?

Or are you five years married and still holding in farts in front of your other half?

We all play the best versions of ourselves in front of a new boyfriend or girlfriend but we'd have thought that the filter comes off pretty quickly after you start going out with someone new.

Not the case, however.

A new survey shows that we all take quite a while to be truly comfortable with a new partner in the bedroom - especially for ladies.

Women take four and a half months on average to walk around the bedroom naked in front of their partner, the survey of 1,009 people reveals.

Men are a little more confident, taking just over three months to feel comfortable doing that. 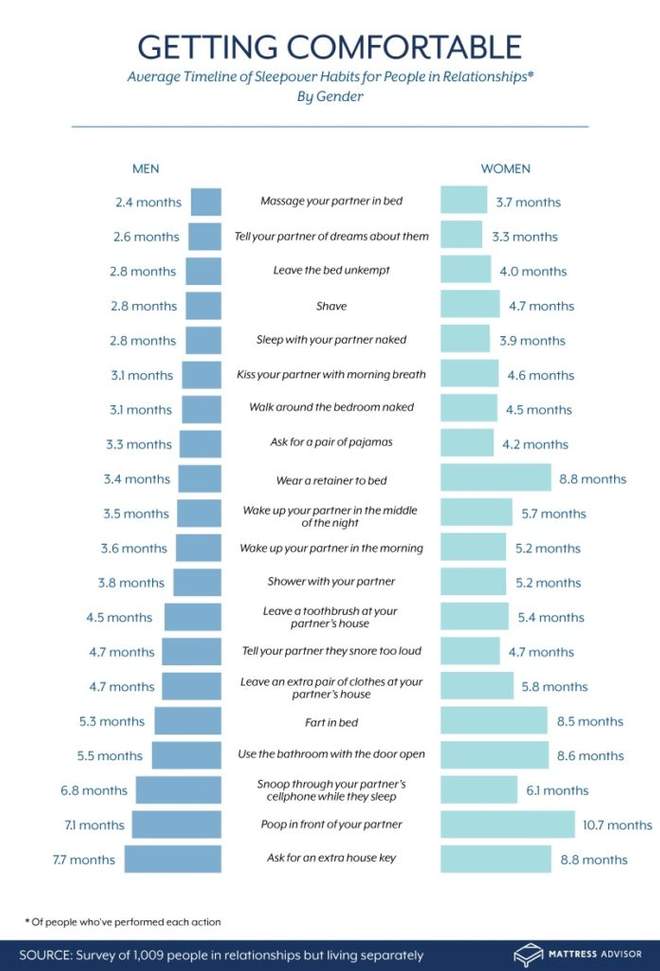 Sleeping naked with a new partner comes a little easier for both sexes - just under four months for women versus less than three months for men. 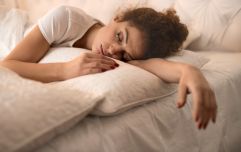 Musings: 1 in 7 couples prefer sleeping in separate beds and I agree with them

END_OF_DOCUMENT_TOKEN_TO_BE_REPLACED

Women will put off farting in bed until eight and a half months in. Men, on the other hand, wait just over five months.

There's a big difference in how long it takes someone to wear a retainer in bed with a new other half - almost nine months for women but just three and a half months for men.

Meanwhile women tend to wait over five months before showering with a partner while men wait less than four months.

The research was conducted by US company Mattress Advisor using 1,009 people in relationships who don't live with their other half.


popular
TikTok star shows how to avoid sweat stains by using pantyliners
Giving our children experiences rather than toys makes them more intelligent
Opinion: All schools should have generic school uniforms
Here's where you can get the best deals on all your Back to School essentials
Shows like Bluey and Peppa Pig are actually bad for kids, expert warns
Five teenage girls rushed to hospital after crash in Kilkenny
Voluntary contribution fee should be fully scrapped, National Parents' Council says
You may also like
2 months ago
Survey says parents favour the youngest child but grandparents prefer the eldest
4 months ago
One in three women has considered quitting their job in past 12 months
10 months ago
Study reveals 6 in 10 Irish women don't check their breasts regularly
1 year ago
Nearly half of surveyed men think 36 is "too old" for women to have a baby
1 year ago
The one thing couples who have better sex have in common...
1 year ago
Almost half of parents would avail of mental health services for children post lockdown
Next Page