Doctors say children are at a higher risk of contracting the flu.

The HSE has issued a warning to parents that children are more at risk of developing the Aussie flu.

This comes after it was confirmed that the disease has claimed the lives of multiple victims in Ireland.

So far, the HSE has confirmed the deaths of “less than 10 people” from the flu which took the lives of over 300 people in Australia.

Doctors are now warning that children between the ages of five and 14 are most at risk.

The flu has resulted in over 70 people being hospitalised over the winter period, with nearly 20 of those coming in the final week of December.

“There have been a few deaths already… under 10 people have died so far this year,” Kevin Kelleher from the HSE told The Independent.

“I don’t give specific numbers when it’s less than 10 because people could be identified.” 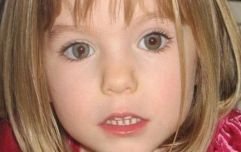 END_OF_DOCUMENT_TOKEN_TO_BE_REPLACED

Parents are being told to keep an eye on their children for symptoms similar to the normal flu, only more severe.

The HSE says people should recover from the normal flu after seven days, so any longer and it could be an indication of something worse.

Over 65s, pregnant women and those suffering from chronic conditions are also at high risk of developing the disease.


popular
A Tyrone midwife was chosen to feature on the cover of Vogue
Kids still got a pesky case of lice with school out? Here's how to fix it
Energia and GIY are giving away free grow boxes so you can start a vegetable patch with your kids
Better sleep: 5 things you need to ban from your bedroom according to an organisational expert
Get ready to live like the stars because Lidl is selling an entire home cinema range
Raising boys: The beautiful words every boy mum needs to read
These 5 Foods Could Increase Your Chances of Having Twins
You may also like
1 day ago
Brown Thomas and Arnotts to phase reopening from next week
2 days ago
Temperatures to reach 27 degrees today, but the good weather won't last for long
2 days ago
Body found in search for missing five-year-old boy in Co. Mayo
3 days ago
Gardaí appeals to parents not to leave children in their car while doing the shopping
4 days ago
Majority of Irish parents admit they don't know how to keep their children safe online
5 days ago
Coronavirus: Mothers returning from work now qualify for wage subsidy scheme
Next Page