Speaking to Miriam O’Callaghan this morning on RTE Radio 1, the Minister for Health has come out publicly saying, “I am a gay man.”

He went on to say that while many who know him or his life in politics might know this about him, it’s not something he has spoken about before.

He has ‘come out’ for “personal reasons” and he is now comfortable talking about his sexuality but that he “wasn’t always”.

“It’s not something that defines me,” he said. “I’m not a half-Indian politician or a doctor politician or a gay politician for that matter. It’s just part of who I am, it doesn’t define me, it is part of my character I suppose”.

“There’s a referendum on marriage equality coming up too, and I just want to be honest with people,” he said. “I’d like the referendum to pass because I’d like to be an equal citizen in my own country, the country in which I happen to be a member of Government, and at the moment I’m not,” he added.

When he told Enda Kenny that he was to come out, Enda said he wouldn’t be commenting; it was his private business, and it wouldn’t concern him.

But hilariously, Mr Varadkar added, “He asked me if I’d ever been to the Panti Bar, and I said actually no, I haven’t, and he said: ‘There you go Varadkar, I’m ahead of you already.” 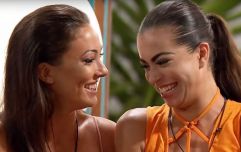 END_OF_DOCUMENT_TOKEN_TO_BE_REPLACED

We think nobody should be defined by their sexuality, and while it shouldn’t change what he does as a minister, nobody can deny this was a brave and honest statement from the Minister today.

And while it might not help the hospital trolley situation that is (still) unfolding, if it helps young gay adults to find the courage to follow suit, then it’s a step in the right mental health direction.

Of course, sadly, it is a big deal for lots of gay people and their families in Catholic Ireland today, but we hope this will help and highlight the need for more acceptance.


popular
Expert says Cocomelon acts "as a drug" to kids' brains
Ben Foden's wife Jackie slams Dancing On Ice after he's booted off
I rushed into naming my baby boy and now I seriously regret it
Star Hobson's killer trying to appeal her sentence
My mother-in-law keeps fat-shaming my 19-month-old son
The incredible images of en caul births will never not amaze us
Activist takes abortion pill on live TV to show how "safe" and "common" it is
You may also like
4 months ago
Research finds that calling trans youth by preferred name can reduce suicides
1 year ago
Hungary passes law banning same-sex couples from adopting children
1 year ago
93 percent of Irish LGBTI+ youth experiencing mental health issues during lockdown
1 year ago
LGBTQ+ discrimination banned in the workplace, US Supreme Court rules
1 year ago
Child and Family Relationships Act 2015 brought into law for female same-sex couples
1 year ago
'Not enough': 60 percent of children not covered by new LGBT+ parents law
Next Page