'I feel like I know her and she's gone now': Corrie's Katie McGlynn on Sinead's final scenes

Coronation Street's Katie McGlynn has told how watching Sinead Tinker's death for the first time was like "seeing a loved one die."

The 26-year-old, who played Sinead for six-and-a-half years, filmed her final scenes for Corrie last month as Sinead dies from cervical cancer.

And at a special screening of the episode in which Sinead says her goodbyes to her loved ones before passing away, McGlynn admitted it was tough to see the heartbreaking scenes play out on screen. 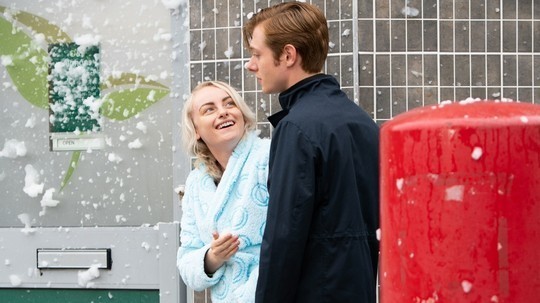 She told The Mirror:

"It is sad because we've developed the character for six and a half years and I feel like I know her and she's gone now.

Sinead is set to tragically die at the end of next week, after recently being told her cancer treatment was not working anymore.

Beth, Craig and Kirk throw Sinead an early Christmas. And while Daniel insists Sinead is too ill for the impromptu Christmas, she feels otherwise -  and is determined to enjoy herself as much as possible. 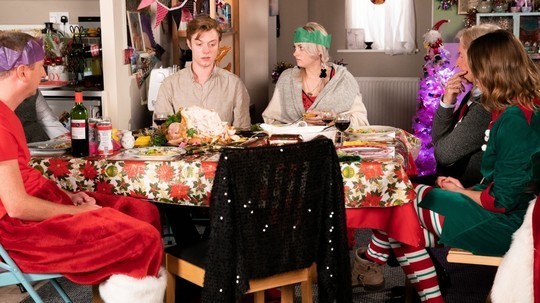 END_OF_DOCUMENT_TOKEN_TO_BE_REPLACED

But Daniel's overprotectiveness looks set to cause friction between the two of them and, later on, Bethany finds him sobbing in the ginnel - and the two of them share a moment.

Daniel returns home where Sinead reveals that she’s read Bethany’s short story and it’s clear she’s in love with him. And while he tries to deny there's any truth to it, Sinead suspects he's lying - however, she manages to forgive him. 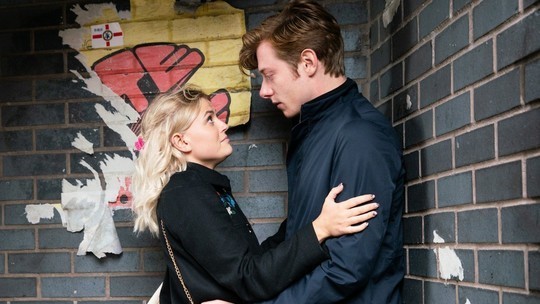 She later wakes up to find her family members gathered around her bed, taking comfort in listening to them bicker over inconsequential nonsense.

According to Metro, Daniel and Sinead later share a few special moments - but it isn't long before Sinead passes away, her husband and son by her side.


popular
Super simple trick to keep paddling pool clean when your kid isn't using it
Study finds mums with five kids sleep the most and we need to know more
15 fierce and fabulous Viking inspired baby names perfect for any little warrior
There's a new focaccia bread-art trend going around and it's completely stunning
Thursday set to be the hottest day of the year, says Met Éireann
An exciting new Irish breastfeeding study is looking for pregnant women to sign up now to take part
These 5 Foods Could Increase Your Chances of Having Twins
You may also like
1 week ago
Laura Whitmore says she 'didn't know how to react' after experiencing miscarriage
4 weeks ago
Research finds that calling trans youth by preferred name can reduce suicides
1 month ago
'Until we meet again' Samantha Mumba shares tribute to dad who passed away last month
1 month ago
Feileacain share grief advice for parents after cancellation of remembrance service
1 month ago
Cork girl battled cancer at 20 months old - now she and her mum are fighting for research funding
2 months ago
ISPCC/CHILDLINE and RTÉ 2FM team up for fundraising digital music show
Next Page