You can now buy a Queen Meghan Markle poster to put on your... mantelpiece?

When Bey and Jay take to our screens, they never do it in halves, and excepting their Brit award for Best International Group was no different.

Standing in their home in front of a Queen Meghan Markle image, fans went into a frenzy when they noticed the iconic photo of the Duchess of Sussex pimped up to look like a queen.

And now, you too can own the artwork thanks to its creator, Tim O'Brien. The genuis behind the portrait is now selling copies for $100 (€88) online here. 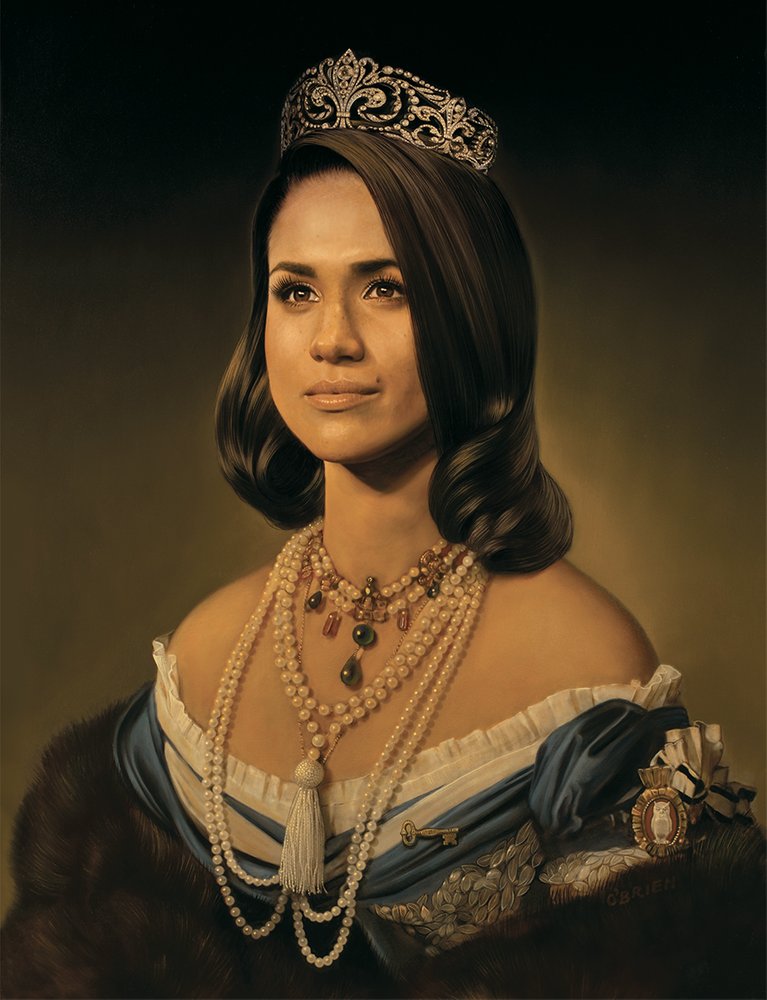 END_OF_DOCUMENT_TOKEN_TO_BE_REPLACED

Tim is a famous artist from Brooklyn, whose work you might have seen on the cover of TIME Magazine, where he did series on Trump featuring a destroyed oval office.

O'Brien also created an image of Beyoncé looking like the Queen Bey she is recognised as - featuring hidden lemons as tribute to her Lemonade album in 2016 - you can check out that print here.

Hmm, now we wonder if Harry has bought his copy of Queen Meghan for the new mantelpiece in Frogmore House? One can speculate, I guess.

Today, Harry and Meghan head off on their next royal tour - spending three days in Morocco. You can read all about that here.

popular
Expert says Cocomelon acts "as a drug" to kids' brains
Elf on the Shelf is actually pretty bad for your kids, according to an expert
Kirstie Alley criticised for transphobic Tweets about breastfeeding
REALLY easy brunch recipes: mini egg cakes you can make with your kids
I kicked my daughter's friend out of her birthday party- was I wrong?
Irish company create app that will send your kids messages from an Elf
Prince William and Princess Kate would welcome a fourth child with open arms
You may also like
5 days ago
Radio station to remove homophobic slur from Fairytale of New York
6 days ago
Mysterious clumps in Christmas tree should be removed immediately
2 weeks ago
Man who exposed Jimmy Saville has a new theory about Madeleine McCann's disappearance
3 weeks ago
Spencer Matthews to climb Everest in bid to find brother's body
3 weeks ago
David Walliams could be removed from Britain's Got Talent following 'offensive' remarks
3 weeks ago
Government's five-day domestic violence leave plan criticised
Next Page