"The worst verbal attack I have ever experienced."

A mum has taken to social to thank the staff and customers at Portlaoise Aldi, after they protected her and her autistic child from an abusive incident.

The mother says she was in the Aldi when her child became overwhelmed and had a meltdown.

Audrey Weldon said that while trying to take her child outside the woman was prevented from doing so when an aggressive man blocked her way and started to verbally assault her and her child.

She stated that if it wasn't for staff and other customers coming to her aid, she doesn't know what she would have done. 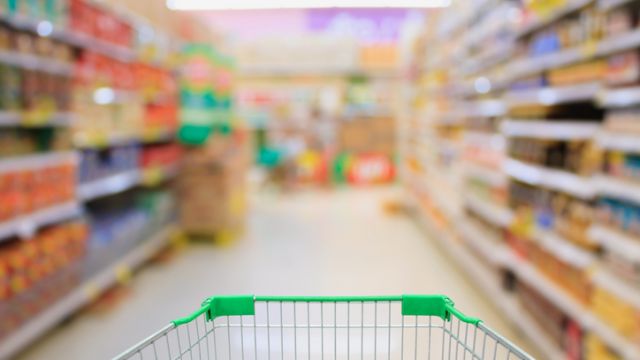 "I would just like to thank the staff Portlaoise Aldi and amazing customer's who came to my defence when my 6year old with asd ,who could not purchase a product we had previously bought there had a meltown.

I struggled for 10 minutes at most to help him through an extremely bad meltdown and remove him from the situation .

I had to exit as you do at the checkout area when a man proceeded to block my exit and loudly and aggressively told me my child should not be brought out and why should anyone have to listen to that .Even after explaining he was autistic he continued his attack .The worst verbal attack I have ever experienced.

However for every bad apple out there it is proof that there a hundred good one's. Customer's interjected on my behalf and cannot thank them enough .

A fabulous lady who is a special needs assistant removed my child from the situation as I defended him and suggested he infact should not be let leave his home.

Thank you to the staff who asked this person to leave the shop and to everyone who came to my defense .It was possibly one of the worst isolated experiences I have ever had but I am more trying to highlight the kindness and reactions of complete stranger's when faced with a situation like this .

I will never ever allow any person to imply my son doesn't have the right to go anywhere in life .It is difficult for him and for us but he is entitled like everyone else to live a life .

My sincere gratitude to everyone who helped through a situation that every parent dreads with a special needs child."

As some who is neurodivergent I can't believe that in this day and age these types of assaults are still happening but I'm delighted to see that so many came to the aid of this mother and her child.


popular
Meghan Markle visits Texas school shooting memorial
Doctor warns women not to follow Kourtney Kardashian's fertility advice
"Back where she belongs": Saoirse Ruane leaves hospital after 9 days
The reason why mums wake up when babies cry and dads stay asleep is interesting
Bridgerton star reveals she has been hospitalised with mental health issues
Husband of Texas shooting victim Irma Garcia dies of fatal heart attack
Toddler drowns in swimming pool while on holidays in Spain
You may also like
2 months ago
Aldi's iconic Hanging Egg Chair returns to stores this week
3 months ago
Aldi is selling a heated dressing gown – and we'll race you there
4 months ago
Mum horrified after finding a knife inside the box of a doll she was buying for her daughter
4 months ago
Parents rejoice, Aldi’s Baby and Toddler Event is back this week!
6 months ago
Aldi made a subtle reference to the M&S feud in their Christmas ad that we all missed
6 months ago
Watch: Kevin the Carrot is back in Aldi's brilliant new Christmas ad
Next Page