School buses will be the exception to the rule.

Irish schools are set to reopen by the end of the month with many new safety rules being implemented to stop the spread of COVID-19.

Despite social distancing rules in schools such as limited interaction with other students and staggered lunch breaks the same can not be said for school buses.

As it stand school buses in Ireland are set to operate at full capacity with no reduction in numbers and no social distancing. 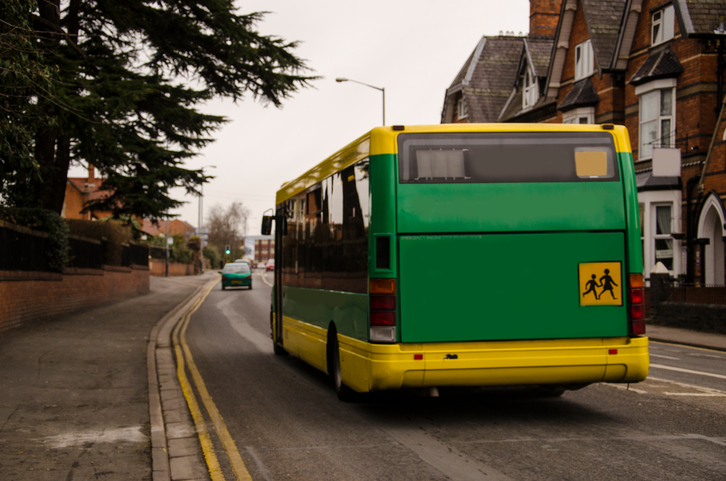 An exception to the social distancing rule is being made for school buses because pupils are being pre-assigned seats next to a sibling or a child from their class group.

Despite this many parents have raised concerns about the lack of social distancing that is to be implemented on Irish school buses.

According to 98FM Maeve Fanning, the President of the National Parents Council Post Primary had this to say regarding the worries that parents have on the issue;

"They're kids are going to school on a bus that is servicing maybe three or four different schools.

There are going to be concerns out there and especially now as we have a slight increase in covid numbers."

Irish schools will reopen at the end of the month for the first time since March.


popular
Here are the 10 most popular Irish baby names OUTSIDE of Ireland
Keeping it a surprise: 9 reasons NOT finding out the sex of my babies was the best thing ever
Easy DIY: 5 super cool Ikea play kitchen hacks to get stuck into this week
Kids who wet the bed still? One mum has a 'game-changing' sheet hack you need to know about
5 great pumpkin patches around Ireland to bring the kids to this month
Socially distant Santa: There is a drive-in Santa experience happening in Dublin this festive season
This baby casually eating noodles puts our chopstick skills to shame
You may also like
1 day ago
Take part in HB Ice Cream Sunday tomorrow – in support of Down Syndrome Ireland
2 days ago
"Many will be upset..." Dublin to move to Level 3 from midnight, Taoiseach confirms
3 days ago
Covid-19: Dublin likely to move to Level 3 restrictions before this weekend
4 days ago
Irish casting agency have put out a casting call for male babies and toddlers
5 days ago
Government confirm further Covid-19 restrictions for Dublin
5 days ago
Children living in direct provision and homeless hubs to be gifted a thousand books
Next Page