It looks like Storm Dennis could hit Ireland this weekend

It never rains but it, yada yada yada.

Storm Ciara has just about moved on from Ireland after a lengthy excursion over Ireland causing widespread disruption.

High winds left homes without power and sleet and snow made road conditions treacherous for motorists and other road users.

An orange gale warning for coastal waters remains in place and has caused disruption to a number of ferry services.

But the Met Office in the UK, has issued a warning over the next named storm, Storm Dennis, which is on the way and due to land over the weekend.

The Met Office has issued a national "severe weather warning" which will be in place for much of England and Wales from midday on Saturday. 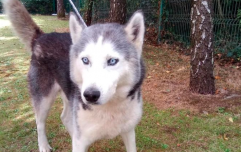 END_OF_DOCUMENT_TOKEN_TO_BE_REPLACED

“Storm Dennis is expected to bring a range of impacts, including delays and cancellations to transport services, damage to power supplies and large coastal waves,” the Met Office said in a statement.

It is not predicted to be as severe as Storm Ciara, which hit last weekend, but is likely to cause disruption.

While it's too early to tell how severe conditions will be over the weekend, Met Éireann has said the outlook for Saturday in Ireland is wet and windy.


popular
Irish influencer Lisa Jordan reveals her little boy's name and it's so cute
The tooth fairy letter many parents are feeling a little divided about
These 5 Foods Could Increase Your Chances of Having Twins
The Mrs Hinch approved hack that'll help you get rid of flies in your house
Classic baby names: 10 names that have kept their charm these past 100 years
Understanding your conflict style: Do you fight, take flight or freeze?
21 slightly unusual baby names we are loving for 2020 babies
You may also like
1 week ago
Toddler remains in critical condition following incident in water feature in Monaghan
2 weeks ago
Irish GP's video debunking face mask myths has been viewed 20 million times
3 weeks ago
Winning EuroMillions ticket worth €49,564,587 was sold in Leinster
1 month ago
#Covid-19: Center Parcs Ireland to reopen on July 13
2 months ago
Public urged to take shorter showers as hosepipe ban introduced in Ireland
2 months ago
Aldi to sell reusable face masks from Thursday onwards
Next Page