She's dating him, in case you're not aware.

Jessie J has quashed any sort of Channing Tatum marriage rumours, much to the chagrin to those of us who were gasping for a sensational wedding any time soon.

The 'Bang Bang' singer said that although herself and Channing are having a lovely time together, there hasn't been any chat of tying the knot just yet.

Speaking to Amanda Holden and Jamie Theakston on Heart Breakfast, the performer said that despite the rumours floating about the place, the pair have no plans to get married.

"No!" she shouted when asked if she and the Magic Mike star had had the conversation yet.

"No, just because he’s Channing Tatum everyone’s kind of sped us up into this like, 'are you getting married? Are you doing this?'"

"I’ve been in relationships for a lot longer than Chan and I have in the last four or five years but they’re not famous so no one really cares." 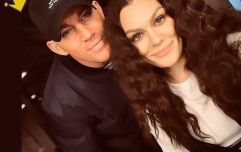 Channing Tatum and Jessie J have split for the second time

END_OF_DOCUMENT_TOKEN_TO_BE_REPLACED

Number two: that's extremely acceptable Jessie and we'd be worried if you were gagging to lock it down this early, cheers.

Jessie also went on to discuss That Image of Channing that he shared to his own Instagram after losing a game of Jenga.

In it, he's totally naked in the shower and she got to pick a photo of him to upload. Naturally, she chose a good 'un.

"He looks great naked in the shower," she said while laughing about the fact she respects his privacy.

So while wedding bells don't seem to be on the cards for the pair yet, at least they can still have a bit of fun playing Jenga and outing each other's naked bodies to the world.


popular
Woman's suitcase and bank cards stolen as she gives birth in Dublin hospital
Mass murderer Anders Behring Breivik applies for parole for 2011 killings
Sinéad Kennedy won't give "a second thought" to those commenting on post-baby body
Expert says Cocomelon acts "as a drug" to kids' brains
Daughter of missing Dublin woman issues heartbreaking plea
Man arrested on suspicion of murder of Ashling Murphy
Calls for child benefits to be taxed to help fund early years services
You may also like
5 months ago
"I was without a partner": Jenna Dewan gets honest about suffering from post-partum anxiety
1 year ago
Channing Tatum had the perfect reaction to Jenna Dewan's engagement news
1 year ago
Channing Tatum and Jessie J are dating again after splitting just a month ago
2 years ago
Ladies, Channing Tatum has joined a dating app and his bio is pure sauce
2 years ago
Channing Tatum and Jessie J split after one year of dating
2 years ago
Jessie J is 'hoping' she will still be able to get pregnant with adenomyosis
Next Page