Jessie J has confirmed she suffered a miscarriage.

The heartbroken singer revealed she decided to have a baby on her own.

She opened up about the harrowing loss on her Instagram.

"Yesterday morning I was laughing with a friend saying “seriously though how am I going to get through my gig in LA tomorrow night without telling the whole audience I am pregnant”.

"By yesterday afternoon I was dreading the thought of getting through the gig without breaking down…" she shared.

Jessie J said she found out there was no longer a heartbeat after her third scan.

The singer is due to perform tonight and said she feels like it is the right thing to do.

"What I do know is that I want to sing tonight. Not because I'm avoiding the grief or the process, but because I know singing tonight will help me."

The Domino singer said she wants to be honest about this harrowing experience. She wants to share how she's feeling and not hide away from it. 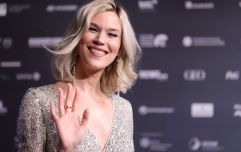 END_OF_DOCUMENT_TOKEN_TO_BE_REPLACED

"I want to be as myself as I can be in this moment. Not just for the audience but for myself and my little baby that did its best."

"I know myself and I know I would talk about it on stage because that’s who I am. So instead of a tearful emotional speech trying to explain my energy. This feels safer," she shared.

She said all she has ever wanted was to become a mother.

"I decided to have a baby on my own. Because it’s all I’ve ever wanted and life is short. To get pregnant was a miracle in itself and an experience I will never forget and I know I will have again."

The singer said she is still in shock and the "sadness is overwhelming".

She continued, "I know I am strong, and I know I will be ok."

"I also know millions of women all over the world have felt this pain and way worse. I feel connected to those of you I know and those of you I don’t," she added.

"It’s the loneliest feeling in the world," the Price Tag singer said.

Anam Cara supports women who have suffered miscarriage and baby loss. You can contact them on call/text 085 2888 888


popular
Ed Sheeran and his wife Cherry welcome their second child together
Expectant mum says MIL wants her to 'hold off' giving birth until her renovations are done and what?
Mum reveals why you should never let your child sit on your lap on a slide
New mum devastated that her mother-in-law held her baby before she got to
Rebekah Vardy storms out of court just 30 minutes into final day
Ryanair passenger refuses to swap seats with mum and baby- was she wrong?
People traveling to Spain warned about "unusual" heatwave

You may also like
6 days ago
Musing: This year's census was the first time that the baby I lost was acknowledged
1 month ago
Alicia Vikander says she "struggled" in lockdown as she "tried to get pregnant for a while"
1 month ago
Jessie J asks fans to stop commenting on her weight following miscarriage
1 month ago
Kian Egan pays emotional tribute to wife Jodi after pregnancy loss
1 month ago
Chrissy Teigen says she's "finished" her latest round of IVF, over a year on from pregnancy loss
2 months ago
Vodafone Ireland announces extended leave for those dealing with fertility treatment and pregnancy loss
Next Page