“I love my children more than I love my YouTube videos, I just want to give them an opportunity to curate their own life story on the internet.”

Irish YouTuber Jonathan Saccone Joly, alongside his wife, Anna, began his lucrative vlogging career by filming his family’s daily life in Cork back in 2008/2009.

Since then, the family has racked up thousands of videos, millions of followers – and a ton of cash too.

The couple welcomed their first child in 2012, moved to England a short time later, and proceeded to have three more children. They recently announced that their second-eldest child is transgender.

Through his YouTube vlogs and many videos on both Instagram and TikTok, Saccone Joly documented seven-year-old Edie’s transition from a boy to a girl.

However, in a recent shock move, the 42-year-old has now deleted every video from his YouTube channel – an act he says is for the benefit of his four children.

For over a decade, Jonathan and Anna made daily YouTube videos, but now, he says, turning 40 and the pandemic happening too, he has had some time to reevaluate things – and make some adjustments.

“The internet is not the same place as it used to be,” Saccone Joly admits. 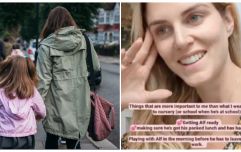 END_OF_DOCUMENT_TOKEN_TO_BE_REPLACED

“I’m not the same person as I used to be. When I was doing all the press for the book back in January in Ireland, I said that on all the TV shows that I [did] that I wouldn’t do YouTube today how I did it back in the day.

“We have a 10-year-old now and things are different, things are changing. We’ve been parents for 10 years as well, so we will obviously do a lot of things differently than we did before. Our two youngest kids are the age that our two oldest kids were during the peak of when we did YouTube. And I just think, it’s not right to do it anymore.”

The surprising move of deleting his entire back catalogue on YouTube comes as the family has faced heavy scrutiny in recent weeks from social media users.

Older vlog footage, as well as clips from a TV documentary featuring the family, have arisen – and been challenged by TikTok content creators in particular, particularly when it came to questions of consent from the children over having their everyday lives documented and put on YouTube. 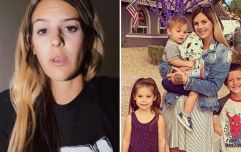 END_OF_DOCUMENT_TOKEN_TO_BE_REPLACED

“Just because everyone tells you that at one point, it is right, doesn't necessarily mean that that will always be right. If you're a parent and you have children, you know how socially aware your children are and that's when I started thinking, maybe it’s time to not only stop doing it but also to sort of erase it."

"Some of my kids are old enough to be able to not consent to being on the internet,"Saccone Joly said.

"They're also old enough to tell me they want to do it."

The YouTuber also stated that over the years, he developed “a lot of mental health problems” during his years of vlogging due to the “huge pressure of having to keep going”.

And it seems, he now wants something a little different for his children.

“I love my children more than I love my YouTube videos, I just want to give them an opportunity to curate their own life story on the internet.”


popular
Study says that these childhood experiences can affect our health for life
Brad Pritt reveals he may have rare condition prosopagnosia
Should I let my 6-year-old daughter dye her hair?
2-year-old boy orphaned after losing both parents in Highland Park shooting
Chris Pratt responds to backlash over 'healthy daughter' comment
Back to School Allowance will be increased, Minister Foley confirms
Planning a weekend away? Here are 5 fun family attractions to visit in Mayo this summer
You may also like
4 days ago
'My kids are never allowed alone in a room with a man'
5 days ago
Mum gets mixed reaction to photo of her drinking beer while breastfeeding
1 week ago
"It's a competition" – one mum rants about teachers' presents and I agree
1 week ago
"I gave my son a 'safe sex hamper' for his 16th birthday"
2 weeks ago
My doctor yelled at me to be quiet when I was giving birth
2 weeks ago
I'm 30, have a child and still live at my mum's house - I don't plan on moving out
Next Page