Cheeky! Prince George had this to say about his mum's football skills

While on their recent royal trip to Belfast, Kate Middleton swapped her heels for trainers as she took to the field alongside husband, Prince William, to play a game of football with children from the Irish Football Association of Northern Ireland's Shooting Stars program.

The game took place at the Windsor Park Football Stadium and the programme is to encourage more girls to take part in sports - something Kate and Will were all for even though, Kate revealed that football isn't her strong point. 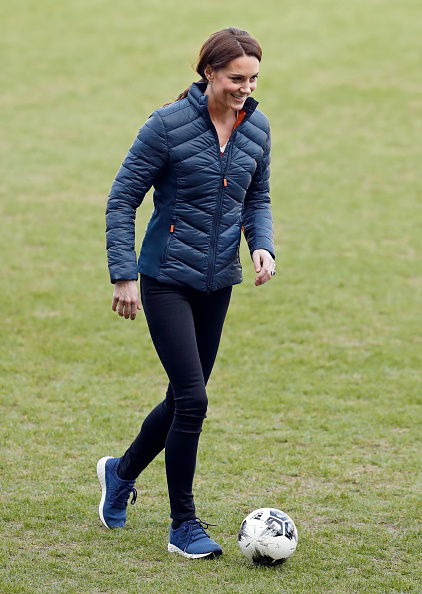 According to The Telegraph, before taking to the field, Kate told the children that her son mocks her football skills by saying: "Mummy, you're so rubbish" and then continuing by telling them that she agrees and she probably should have "picked up some tips from George" ahead of the game.

But this wasn't the end of the mockery for Kate, who was jibed at by her husband, Prince William, shouting at her "come on superstar" followed by telling the children to "look out, she goes for the ankles". 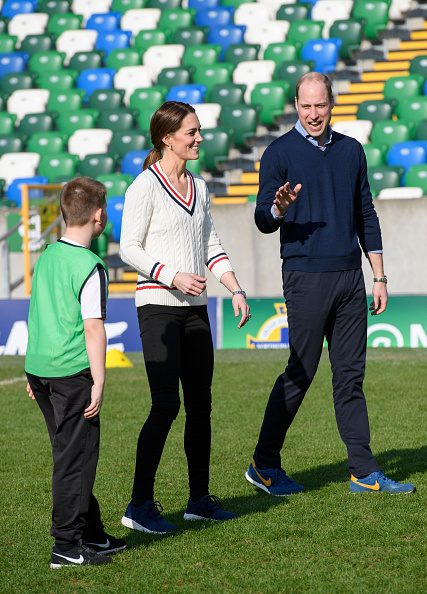 Prince William on the other hand (who seems to consider himself a football pro) revealed he could have "stayed there all day". 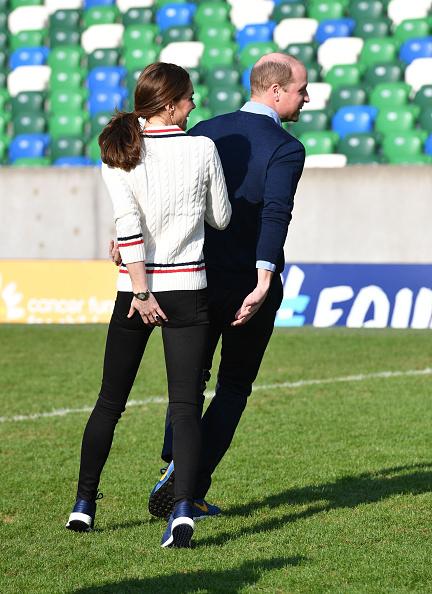 Well, they both look like they had fun, that's for sure.

popular
Expert says Cocomelon acts "as a drug" to kids' brains
Prince William and Princess Kate would welcome a fourth child with open arms
I won't give my stepdaughter her Xmas present from her late mum's parents unless...
Some parents were disturbed to discover that LOL Surprise Dolls have genitals
3 Exercises That Will Help You 'Coregasm' (You Can Do Them at Home!)
The Kivin method could help you get the best oral sex you've ever had
20 Unisex Irish Baby Names That Are Absolutely Magical
You may also like
2 months ago
"Home alone" – hilarious Prince Louis memes are taking over the internet
2 months ago
Breaking: Prince George and Princess Charlotte will attend the Queen's funeral
2 months ago
Prince Harry will likely reunite with his children for his 38th birthday
3 months ago
Kate Middleton ready to leave Kensington Palace 'prison'
4 months ago
Here's how much Prince George and Princess Charlotte's new school costs
4 months ago
Revealed: The cheeky nickname Prince George's classmates use for him in school
Next Page