Kate Middleton took a trip to Dundee, Scotland, yesterday where she completed some royal engagements as well as taking time to meet with fans who stood for hours awaiting the duchesses arrival.

Among those fans, was a little girl who couldn't help but to grab hold of the royal's signature styled locks.

Touching her hair while smiling at the royal, Kate burst into a giggle as the pair exchanged a couple of words and it was clear the tot was in awe of her hair. 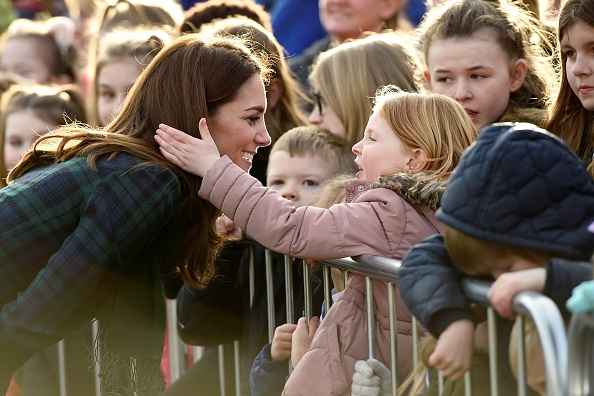 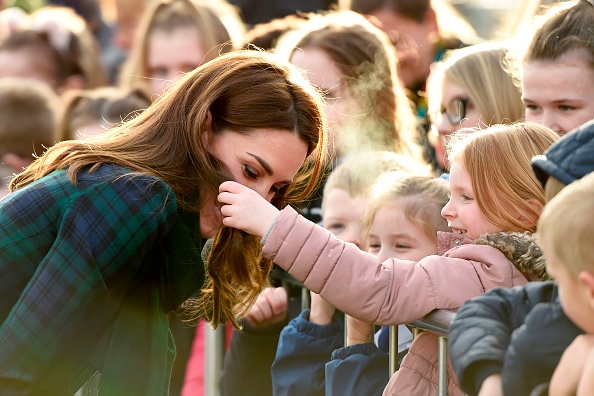 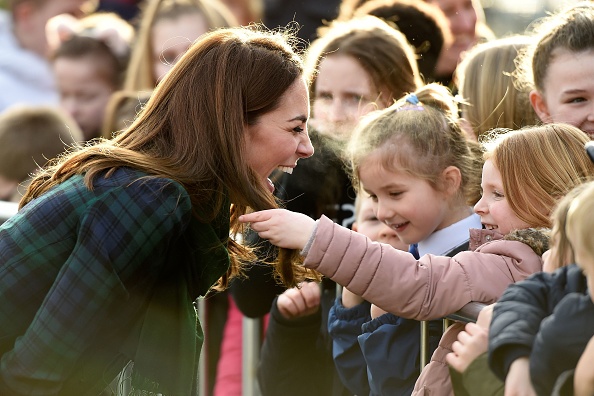 In fairness, we'd be the same, it's just always so sleek.

And Kate's signature blowdry is one she's known for, with royal wedding hairstylist, Richard Ward, revealing that it's all about drying on a low speed and twirling the hair when removing the curlers.

But aside from the 'do, Kate also gave an update on her youngest while in Scotland.

According to People, Kate said that her nine-month-old son was " a fast crawler" and she then went on to chat about how she was looking forward to bringing her children to visit the new museum.

We can't wait for those photos!

The last glimpse of Prince Louis was from the family's official Christmas card which was released in December and we imagine he's grown even more since then.

The Duke and Duchess of Cambridge are pleased to share a new photograph of their family.

The photograph, taken by Matt Porteous, shows The Duke and Duchess with their three children at Anmer Hall, and features on Their Royal Highnesses’ Christmas card this year. pic.twitter.com/6XqCMlhLi8


popular
11 little things that mean the absolute world to your kids
BREAKING NEWS: A Teenager Has Been Stabbed To Death In Dublin
Can you pronouce these 7 'unique' baby names? They're trickier than you think
4 ways to fix hard slime with ingredients you probably already have at home
These 5 Foods Could Increase Your Chances of Having Twins
REVEALED: The Most (And Least) Successful Baby Names
Staycation roadtrip with kids: 3 tried-and-tested tips for avoiding car sickness
You may also like
1 day ago
#Covid-19: Travel permitted anywhere in county, groups of six allowed to meet indoors from Monday
1 day ago
#Covid-19: International travel to return for countries where curve has been flattened
1 day ago
Eight dogs believed to be worth €5,000 seized by Gardaí in Co. Tipperary
2 days ago
New suspect identified in Madeleine McCann disappearance case
3 days ago
Brown Thomas and Arnotts to phase reopening from next week
4 days ago
Temperatures to reach 27 degrees today, but the good weather won't last for long
Next Page