"Heartbreak and disappointment": Kathryn Thomas opens up about fertility struggles

She is now a mum to two adorable daughters.

Kathryn Thomas has opened up about the heartache and disappointment she endured when trying to start a family.

The now mum-of-two said she battled with fertility issues, but sought help from Merrion Fertility Clinic.

She said the clinic completely changed things for her and helped her dream of having a family come true.

Kathryn told Woman's Way about the heartache she faced in the beginning.

"We knew that we needed help and we went under Mary Wingfield at the Merrion Fertility Clinic.

"I am just so grateful that medical science allowed us to have a family," the presenter shared.

Kathryn continued, "We had many disappointments and had experienced miscarriages. 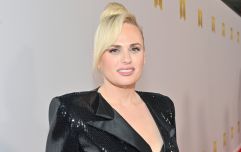 END_OF_DOCUMENT_TOKEN_TO_BE_REPLACED

"We said we would give it one last try as I couldn’t emotionally go through any more heartbreak or disappointment."

The Operation Transformation host is now a mum to two daughters- Ellie and Grace.

Kathryn previously opened up about suffering a miscarriage before she welcomed her first daughter.

She told Ryan Tubridy on The Late Late Show that she was devastated when she had a miscarriage on holidays in Greece.

"We were trying and nine months came and went, and then finally - and you're starting to lose faith.

"You're starting to go 'what are we doing? have I left it too late?' and all of that, and essentially, we got pregnant and we were over the moon."

She urged anyone in a similar situation to lean on their loved ones. She also said to stay as positive as possible.

"But if it gives anybody hope out there that you can get to a place, and just to try and stay as positive as you can."

"Even when you don't feel it, that would be the only piece of advice I'd give to any couples out there."

popular
Adam Collard responds to claims he cheated on Paige Thorne
Holly and Phillip weren't on media list for Queen's lying in state
Budget 2023: Parents will not have to pay for primary school books from next year
Paralympian Ellie Simmonds targeted by online abuse after Strictly performance
Expert says Cocomelon acts "as a drug" to kids' brains
Childcare fees to be reduced by up to €170 per month
Coronation Street star Lucy Fallon pregnant after miscarriage heartache
You may also like
5 months ago
"I just wanted to be pregnant" – one mum shares the ups and downs of her fertility journey
7 months ago
Report reveals that a third of parents in the U.S have used fertility treatments
1 year ago
Gabrielle Union was "devastated" by partner fathering another woman's child amid fertility struggles
1 year ago
Unexplained infertility: I went through IVF to get pregnant and here is what everyone should know
1 year ago
Eight percent of couples seeking fertility treatment fell pregnant naturally during lockdown
1 year ago
An expert says we have to talk about male fertility too – and here is why
Next Page