He has breached his licence conditions.

Police in the UK are searching for the man who attacked Katie Piper with acid.

They launched a manhunt after Stefan Sylvestre breached his licence conditions.

He was released in 2018 but is now being recalled to prison.

"We are urgently working with the police to bring the offender back to prison where he'll face longer behind bars."

Sylvestre was sentenced to life in prison after the 2008 attack. Piper was left with life-changing injuries following the attack. She was left fighting for her life and suffered permanent scars after the attack.

The acid attack was organised by her former boyfriend Daniel Lynch.

He lured Piper to an Internet cafe in London and told Sylvestre where she would be. Sylvestre then threw sulphuric acid in Piper's face when he spotted her.

Following the attack, the mum ran into a cafe for help. An ambulance was called and she was rushed to Chelsea and Westminster Hospital. 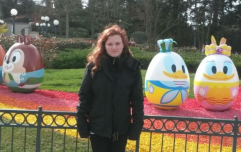 END_OF_DOCUMENT_TOKEN_TO_BE_REPLACED

Piper had to undergo hundreds of surgeries. She also lost sight in one of her eyes after the attack.

She continues to deal with complications following the attack.

In August, doctors discovered a hole in Piper's eye and the eye had perforated.

She was forced to undergo emergency surgery but is on the mend.

"There maybe some evil people in this world but there are also some pretty incredible people doing amazing things for people on a daily basis."

popular
Man sues friend for £1.9m after she refused to be his girlfriend
These 40 baby names are set to trend in 2023
'He's a changed man': Woman marries her 'high school bully'
Little boy dies of cancer after doctors ignored mother's concerns six times
Bride asks for divorce day after wedding following groom's disrespectful cake stunt
Dad admits he hates his daughter's name so much it makes him uncomfortable
Police believe they know what happened to missing dog walker Nicola Bulley
You may also like
3 months ago
Police found note saying 'I am evil. I did this' in Lucy Letby's home
3 months ago
Nurse accused of murdering infants sent sympathy cards to parents
3 months ago
James Bulger's mother calls to stop son's killer from being released
4 months ago
Archie Battersbee's mum shuts down backlash over graveside party
4 months ago
Center Parcs UK hit with backlash over decision to close on Queen's funeral
4 months ago
Man calls Prince Andrew "a sick old man" during Queen Elizabeth's procession
Next Page