Kerry locals believed there is a "strong likelihood" they may never see Fungie again.

The beloved dolphin and tourist attraction was reported missing one week ago, and despite rumours that he had been spotted swimming around Dingle peninsula, locals now fear the worst.

RTÉ News reports that fishermen and divers have been undergoing extensive searches of the area to no avail. It now looks like the bottlenose dolphin, who has brought joy to many over the course of his 40 year stay, may no longer be with us.

Marine biologist Kevin Flannery said that Fungie might have went out to sea to feed with other dolphins, but that there is also a chance the dolphin may have died.

"We think he was about nine years of age when he first arrived here in 1983 so that puts him at 45," he said. The experts tell us that the usual life-span of a dolphin is in and around 45-50."

"He is a wild animal living in the wild. Attempting to catch fish at that age is challenging for him. There's a possibility he could have picked up an infection and could have died." 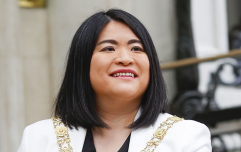 END_OF_DOCUMENT_TOKEN_TO_BE_REPLACED

This comes after reports that Fungie was found after a two-day search last week.

A local fisherman told RTÉ that he had seen the iconic dolphin swimming alongside his boat, and that he had no doubt in his mind that is was, indeed, Fungie.

It appears though, that it wasn't, because the dolphin has now been missing for a solid seven days and locals fear that he may never be found.

A cruel world we live in, truly.


popular
Graham Norton launches new fizzy rosé just in time for festive season
These 5 Foods Could Increase Your Chances of Having Twins
Five quirky Irish children's clothing shops that you should check out in 2020
Robert Irwin celebrates 17th birthday with emotional tribute to dad Steve
Do your kids get the 11 hours sleep they need? If not, this challenge could help...
The Best Homemade Mincemeat Recipe (You'll Never Buy Supermarket Mince Pies Again)
Home-grown gifts for kids: 10 of the best Irish toys
You may also like
1 day ago
Tesco's Christmas food appeal will take place across the country this weekend
1 day ago
Image of doctor comforting Covid patient in Texas hospital goes viral
2 days ago
Actor Ellen Page comes out as trans, changes their name to Elliot
2 days ago
Met Éireann issue "severe" 55-hour weather advisory
3 days ago
Queues since 5am as Penneys and other retailers open up again
4 days ago
24 hour Penneys: Here's what you need to know about the store's reopening
Next Page