Kourtney has given a major update about her health after she revealed that she had stopped her IVF journey after 10 months.

The reality star took to her Instagram stories where she shared a mirror selfie with her followers as she posed on the treadmill.

Giving an update about where she is on her IVF journey with her husband Travis Barker, she told fans that she was finally getting her energy back.

The 43-year-old wrote: “Finally started getting my energy back 10 months after stopping IVF."

Kourtney then went on to add some advice for others who maybe be going through the same process, saying: "For anyone else going through it, it gets better."

Kourtney first spoke about undergoing IVF treatment on The Kardashians where she opened up about wanting to have a baby with Travis. 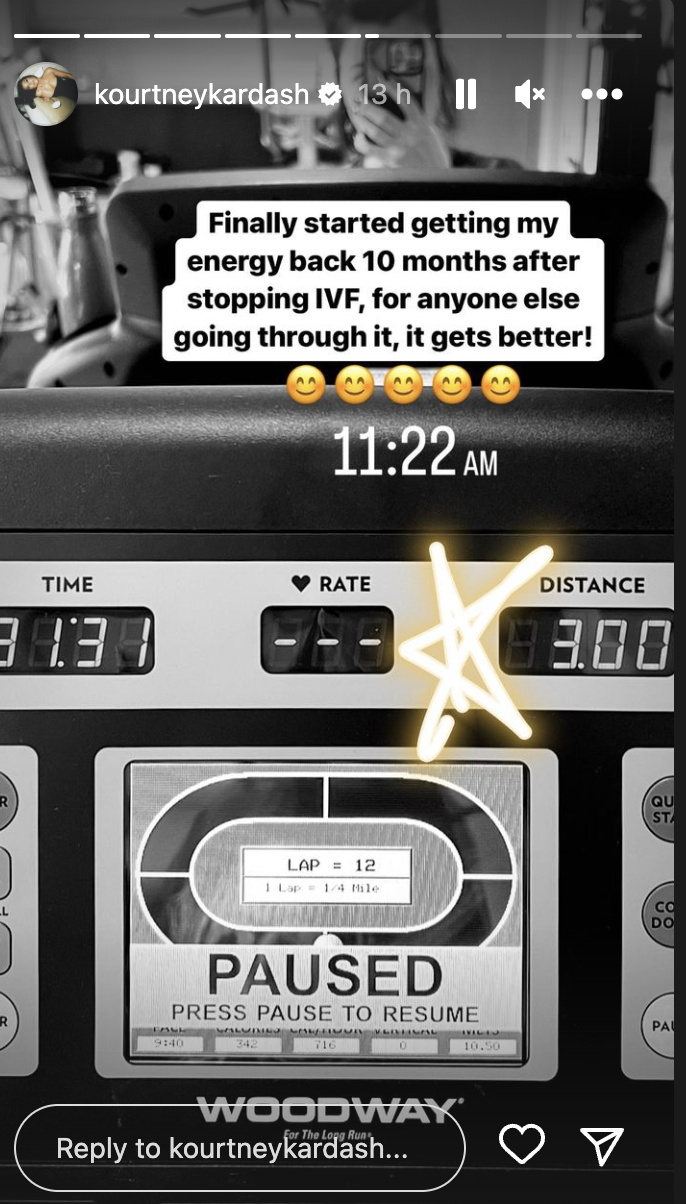 Already mum to three children, she wanted another addition to her family that she can share with Travis, showing footage of the couple at a doctor's appointment where she had to give a "sample" to the doctor. 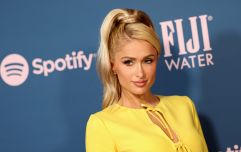 Paris Hilton opens up on freezing her eggs during the pandemic

END_OF_DOCUMENT_TOKEN_TO_BE_REPLACED

Kourtney then jokingly said: “We’ll take our mics off so you don’t get the audio” after a doctor asked for the "sample" to be put in a cup.

News broke last year that Kourtney had gotten her eggs frozen in case she planned on having more children but did not say if that was something she had planned for at the time.

And only a few months ago while speaking to WSJ. Magazine, the businesswoman said they both agreed it was time to pause their IVF journey.

Kourtney shared, "We started an IVF journey, but I stopped."

"It was a lot. I took a break to just focus on our wedding and getting married," she shared.

popular
Redhead girl stabbed with scissors at school 'because of colour of her hair'
Dani Dyer shares dad Danny's reaction to news she's having twins
Love Actually star reveals incredibly emotional behind-the-scenes story
Bray could be getting its own Penneys by early 2024
Woman shocked after spotting her dead husband in promo video for restaurant
Shock after baby is discovered alone in pram late at night in Dublin
Gemma Atkinson slams trolls who accused her of having baby with another man
You may also like
1 month ago
Downton Abbey's Jessica Brown Findlay welcomes twins after IVF struggle
2 months ago
Rosanna Davison praises Jennifer Aniston for being honest about IVF experience
2 months ago
Jennifer Aniston opens up about her "challenging" experience with IVF
4 months ago
Budget 2023: IVF to be publicly funded and free contraception for under 30s
4 months ago
Kourtney Kardashian explains why she paused her IVF treatment
6 months ago
25 years of helping create families as Sims IVF celebrates significant milestone
Next Page