Baby on the brain?

Kourtney Kardashian is already a mum to 12-year-old Mason, nine-year-old Penelope and seven-year-old Reign. And now the eldest Kardashian sister has revealed that she is trying for a baby #4 with fiancé Travis Barker.

The 46-year-old musician has three children - daughter Alabama, 16; and son Landon, 18; and stepdaughter Atiana De La Hoya, 22 - from his on/off three-year marriage to Shanna Moakler, which ended in 2008.

Kourtney and Travis, who got engaged back in October last year, was seen visiting a fertility doctor's office in the official trailer for the family's Hulu reality spin-off The Kardashians, which dropped yesterday.

Kourtney - who turns 43 next month - officially announced: 'Travis and I want to have a baby.' 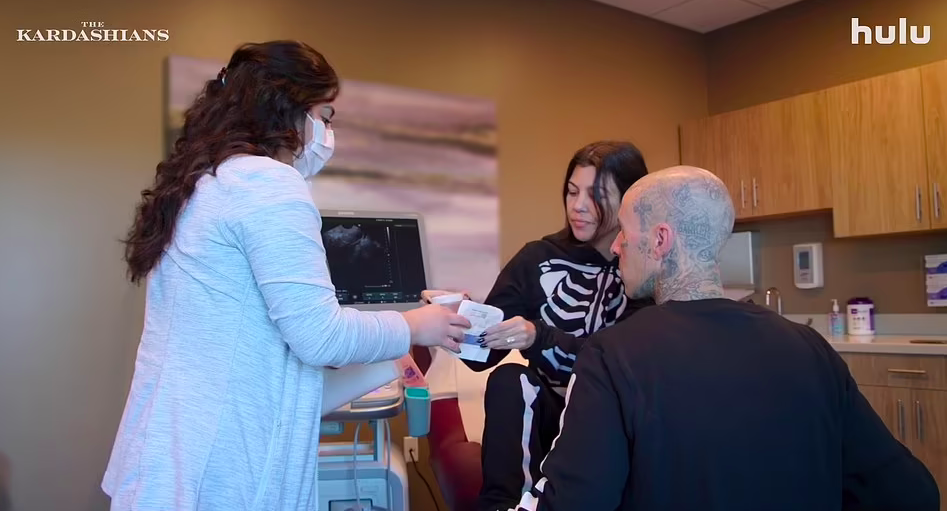 In the highly anticipated trailer, viewers get to see the couple chatting to doctors at the clinic, and Kourtney lying on a table in the clinic with Travis holding her hand.

However, when the doctor or nurse instructed the couple to 'put the sample in this cup,' Kourtney laughed: 'We'll take our mics off so you don't get the audio.'

While we might have to wait a few episodes before finding out what is happening with Kourtney and Travis'  baby plans, what we do know, is that Kourtney did admit to freezing her eggs a couple of years back.

Back in 2020, the mum-of-three confessed on Ellen DeGeneres' YouTube show Lady Parts that she was peer pressured into the freezing eggs procedure. 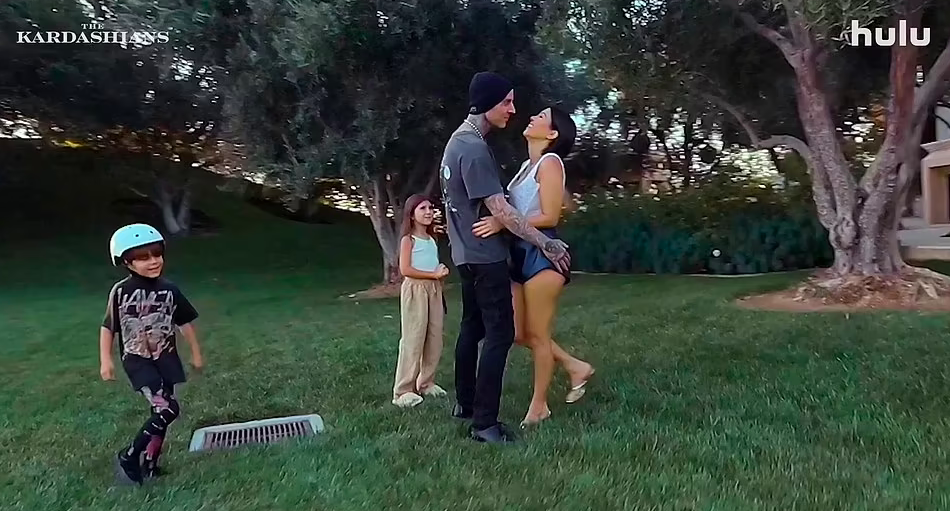 END_OF_DOCUMENT_TOKEN_TO_BE_REPLACED

"I froze mine too," Kourtney told Ellen.

"Hopefully they're sitting there okay. Just for... you never know. I really got talked into it. I was like, "Okay whatever, I'll do it one time since everyone else is doing it I might as well,"' the reality star explained, adding:

'So I was like, "Okay everyone, stop rushing me. I don't even know if I want to have another kid or if that's like in the future or whatever." And having control over my body, it just gave me, like, peace of mind.'


popular
Parent's Benefit Leave extended from today - here's what you need to know
"You're disgusting": Prince William roars at photographer who was 'stalking' his family
I tried 'slow parenting' for a year and I'm never going back
6 fun things to do in Dublin on your next family day out
Expert says Cocomelon acts "as a drug" to kids' brains
Vicky Phelan shares message of support with Charlie Bird as she deals with pain
Planning a family trip to Kerry? Discover everything Muckross House has to offer this summer
You may also like
3 days ago
Free contraception to be rolled out for women aged 17-25
3 days ago
19-year-old in critical condition after severe car accident in Cork
4 days ago
Children wearing wrong-sized shoes and pyjamas in daytime as parents cut costs
6 days ago
Abortions at record high – with cost of living and job insecurity partly to blame
6 days ago
Irish Cancer Society launches campaign for deferred maternity leave for cancer patients
1 week ago
Gardaí investigating serious shooting incident in Dublin
Next Page