Leo Varadkar says he expects cinemas to reopen from August

Anybody else missing the cinema?

The sticky floors, the scent of popcorn, the trailers... Just a few of the many things we've been deprived of for the last few months, thanks to the demon that is Covid-19.

However, speaking at a press conference today, Taoiseach Leo Varadkar (yes, he is still Acting Taoiseach) said that cinemas could reopen again in August, as long as the spread of the virus remains suppressed. The Fine Gael leader further noted that social distancing would remain essential for any cinema that wishes to operate.

"I would envisage cinemas opening in August, for example" the Taoiseach said, adding that he had been told they could "operate at a profit" while implementing social distancing measures.

It had been reported in The Times earlier this month that Omniplex Cinema Group, Vue Entertainment, Cineworld Cinemas Ltd and ODEON Cinemas Group had joined forces to lobby the government into allowing cinemas to reopen earlier.

Similarly, Dublin's Light House cinema had expressed its intention to be back by 20 July. 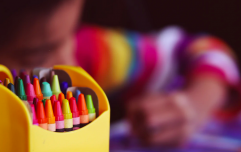 END_OF_DOCUMENT_TOKEN_TO_BE_REPLACED

In the original roadmap for reopening society and business, "open theatres and cinemas where social distancing can be maintained" had been scheduled to be reintroduced during Phase 5 — which was set to begin on 10 August.

Since then, various elements of the reopening strategy have been accelerated (or in the case of Phase 5, removed), with cinemas and theatres falling under the category of businesses that could open from Monday 20 July.

Varadkar also suggested the country is on course to allow for outdoor events of over 5,000 people by September. Such events had been prohibited earlier in the year.

Changes to the reopening strategy have already caused confusion in some quarters.

Last week, amusement venue Tayto Park announced that it would be open for business from 18 June, but had to back down from this position within 24 hours as it turned out there had been a misunderstanding with regards to the opening strategy.


popular
Josepha Madigan compares issues around schools reopening to Mother and Baby Homes
Kelly Clarkson says "people were really mean" to her after she won American Idol
Positive parenting: 11 little things that mean the world to kids
Sligo teacher creates animated video series for Junior Cert revision
RTÉ are introducing new educational programmes aimed at those sitting their Junior- and Leaving Certs
These 5 Foods Could Increase Your Chances of Having Twins
Irish people urged to send a hug to loved ones on National Hugging Day in aid of Ronald McDonald House
You may also like
4 days ago
Staying home: 10 more indoor activities (for when you've done everything else)
1 week ago
Bruce Willis asked to leave pharmacy for not wearing a face mask
1 week ago
Close contact healthcare workers called back to hospitals due to shortage
1 week ago
Some new information regarding pregnant women and the Covid-19 vaccine has been released
1 week ago
Ireland's only breast milk bank is running low as a result of the pandemic and needs more donors
1 week ago
Lockdown and school closures is extremely stressful for single working parents in Ireland
Next Page