The INTO has been told by gay members that, "on occasion, they feel unsure and uneasy in staff rooms and sometimes even unwelcome and isolated".

Members have written open letters to the Department of Education about their negative experiences in schools.

One letter describes how a teacher was prevented from doing a lesson on family diversity with their fourth class pupils "in line with the SPHE curriculum and Anti-Bullying Procedures." 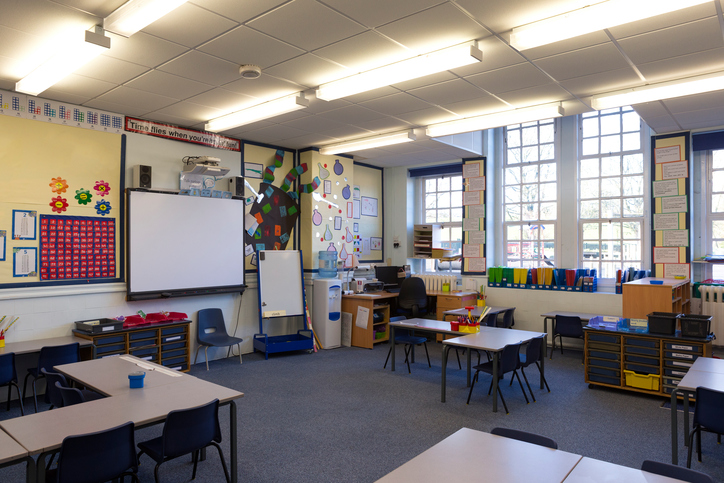 "My principal called me to her office to 'check you're not not planning to do anything crazy with your class,' to remind me that we have 'very right-wing Catholic families in our school' and to 'keep it traditional, keep it mother and father'," the teacher wrote.

"I felt singled out because the principal knew I was gay and was directing what she said at me personally."

The INTO recently launched a set of guidelines for inclusivity in staff rooms for schools.

Delighted with the response our LGBT+ Inclusive Staffroom guidelines have received so far! Have you seen them in your staffroom? If so send us a picture #LGBTinclusivestaffroom pic.twitter.com/3I7QFFwQcQ

The guidelines include to ask staff what pronouns they use, to "respond positively when a colleague discloses their sexual orientation or gender identity" and to challenge "homophobic, biphobic or transphobic" comments and jokes.


popular
"She is too young": Kourtney Kardashian mum-shamed over daughter's latest TikTok
Brother of Amber Gibson charged in connection with her death
Tánaiste Leo Varadkar reassures kids that Santa will visit Ireland this Christmas
"He was my best friend": Mother of Arthur Labinjo-Hughes pays tribute to her son
Father and girlfriend found guilty over death of 6-year-old Arthur Labinjo-Hughes
My father-in-law revealed I suffered a miscarriage on Facebook- how will I ever forgive him?
Alec Baldwin interview: everything the actor said about the Halyna Hutchins shooting
You may also like
1 week ago
605 primary school teachers test positive for Covid in two weeks, says INTO
1 month ago
School Run News: October midterm and Christmas break will not be extended, Tánaiste says
1 month ago
Dad speaks out after school tells daughter period pain is not a valid reason to miss class
1 month ago
Dad speaks out after daughter told period pain is not a valid reason to miss school
1 month ago
UK schools could open on weekends to help pupils catch up after Covid- should Ireland do the same?
2 months ago
Parents could be sued for outing children with Covid-19 in group chats
Next Page