Just when we thought Ireland couldn't be more like Australia this week...

Irish beach-goers got the shock of their lives when they spotted sharks swimming close to the shore.

Families were embracing the beautiful sunshine and high temperatures at Keem Bay in Achill, Co Mayo when the unexpected visitors caught their attention.

The moment was captured on video, which has unsurprisingly gone viral.

In the clip, beachgoers can be seen only meters away from the shark. Luckily, basking sharks are not harmful to humans as they feed on plankton.

Basking sharks are the second biggest living shark and fish. The average basking shark tends to reach 26feet in length, but some can be as long as 30–36 ft. They may look scary but they are harmless creatures. However, their skin is mottled and rough so caution is always advised if you were to ever approach one.

The TikTok of the sharks swimming in Mayo has now reached 233k views.

Viewers couldn't help but comment on the incredible scene. 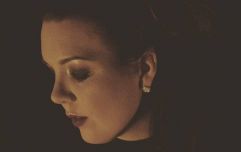 END_OF_DOCUMENT_TOKEN_TO_BE_REPLACED

"It would only take the Irish not to run but to go into the water for the nose," one laughed.

"What a beautiful experience so many people together got to share. I love how there is practically silence apart from the OMGs in amazement."

"Jaws music in the background would've been good," one said. To which the TikTok user replied, "Oh let me tell you it was playing very loudly in our heads."

"It's as if they are putting on a show to welcome all the humans back to the seaside," said another.

Others were less than impressed by the shark's appearance and said it was like something out of Jaws.

"People saying they are harmless! With shark in the name, I'd find it hard to stay in the water myself."

There's no doubt the people at Keem Bay will forget yesterday's visit!


popular
Prince William and Kate concerned about what the future holds for George
Three people arrested on suspicion of murder after five-year-old boy is pulled from river in Wales
Love Island's Malin Andersson announces pregnancy after baby girl's death
Kit Harington says you "don't get a break" from parenting
3 soothing homemade ice lollies for teething tots... whatever the weather
Donegal child hospitalised following dog attack
Former Belvedere student says abusive Fr. Joseph Marmion "targeted kids with health issues, whose families weren’t rich"
You may also like
2 months ago
Woman buys 148 year old house, goes viral after finding secret passage way
3 months ago
Can you pronouce these 7 'unique' baby names? They're trickier than you think
2 years ago
Do you like unique names? This girl's name has over 1,000 letters in it
2 years ago
This little girl tucking her frightened dog into her bed is the sweetest thing
2 years ago
Chrissy Teigen made a hilarious food menu for her fussy eating daughter
2 years ago
This Christmas tree has a mini village in it and it's the definition of tree goals
Next Page