Little Mix show off their baby bumps at the BRITs

Expectant mothers Leigh-Anne Pinnock and Perrie Edwards showed their bumps publicly for the first time since announcing their pregnancies.

Jade Thirwall clung onto both bandmates as they carefully walked in heels and took to the stage to accept their award. 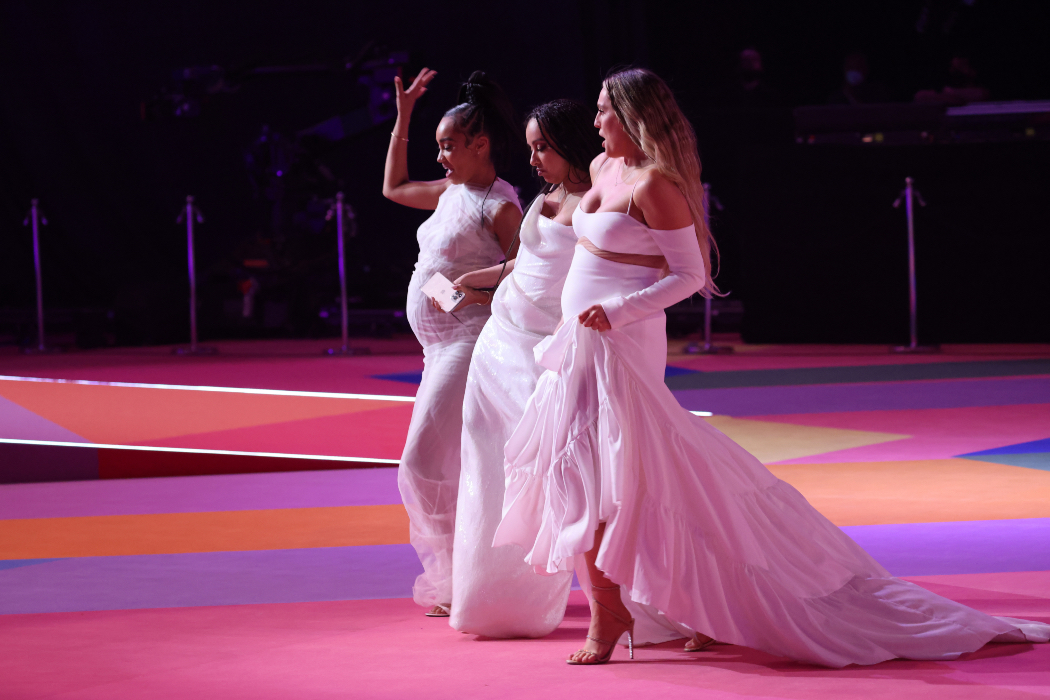 As they each took a mic, Perrie announced that they wrote a speech in the hope that they'd win the award. "Two of us have baby brain, so we had to write it down," she told the crowd as Leigh-Anne nodded along.

The trio looked stunning as they matched in white. It's the first time in a while that we've seen them bypass oversized clothing as they concealed both pregnancies while promoting their latest single, Confetti ft. Saweetie.

The girls teared up as they reminisced on their ten-year career together, which began when they were just teens on the X Factor in 2011.

"We want to start by thanking our incredible fans, of course Jesy, and our amazing team." @LittleMix pick up the British Group Award and there isn't a dry eye left on the planet #BRITs

While posing on the red carpet afterwards, Perrie and Leigh-Anne hugged their bumps as Jade hilariously cradled their award.


popular
Study says that these childhood experiences can affect our health for life
Brad Pritt reveals he may have rare condition prosopagnosia
Should I let my 6-year-old daughter dye her hair?
2-year-old boy orphaned after losing both parents in Highland Park shooting
Planning a weekend away? Here are 5 fun family attractions to visit in Mayo this summer
Parents sue TikTok after their daughters die during 'blackout challenge'
Chris Pratt responds to backlash over 'healthy daughter' comment

You may also like
10 months ago
Surprise! Little Mix's Leigh-Anne Pinnock gives birth to TWINS
1 year ago
“You too?!” Little Mix’s Leigh-Anne and Perrie describe the moment they told each other they were pregnant
2 years ago
Nicky Byrne clears up comments made about Little Mix concerts
3 years ago
Christmas gift sorted! Little Mix have just announced they're coming to Ireland
4 years ago
Nicole Scherzinger dubbed 'attention seeking' after last night's X Factor
4 years ago
Little Mix fans think Leigh-Anne is getting married thanks to this snap
Next Page