"What is wrong with our young people - and I'm not old Joe, I'm a young woman."

Liveline listeners have been left stunned as a woman said that free contraception is not needed in Ireland as "everybody has an imagination".

Many listeners took to Twitter on Wednesday after the caller added that "we don't all have to go the full way".

The Government announced free contraception for women aged 17-25 as part of the 2022 Budget on Tuesday.

Speaking after the announcement, Liveline caller Yvonne told host Joe Duffy: "I just want to say about giving out freebies to young people, pills, condoms, why can't they take responsibility for their actions?

"On top of that what about the STDs that are being passed around by these young people? When I was younger I had to take responsibility for myself, for my body.

"What is wrong with our young people? And I'm not old Joe, I'm a young woman, but it's just mind-boggling to me at this stage of my life that this is going on.

"Young people have been given this information for years - about getting pregnant, about what you can do."

She added that she would have liked to have seen more funding dedicated to HRC treatment and hormones for women going through menopause in the Budget instead.

Yvonne said that the treatments are "expensive" and she works part-time to pay it out of her "small salary".

END_OF_DOCUMENT_TOKEN_TO_BE_REPLACED

She continued: "And again, the STDs, what in God's name is going on with the kids?"

Duffy responded: "Well you tell me then, what is going on, what do you know about STDs?

"Nevermind getting pregnant - it's about catching a disease," she replied.

When asked by Duffy if she had a 19-year-old son would she give him condoms before he goes on a night out, she said: "Absolutely".

"I would go out and buy the bloody things for him," she added.

However, Yvonne also said she hopes he would "have the guts" to use his imagination instead of "going the full way".

"I would hope he would have the guts to say 'right, everybody has an imagination, we don't all have to go the full way'," she told Duffy.

Meanwhile, another caller, Elizabeth Moloney said that she was "furious" at the announcement. 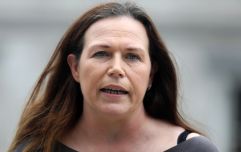 END_OF_DOCUMENT_TOKEN_TO_BE_REPLACED

"What I'm annoyed about is that announcement yesterday about free contraception, what is that about?" she said.

Moloney compared it to "going back to old days where they locked women up for having babies".

"Who's problem is this solving?" She asked.

"It says women should be more responsible with their bodies," she said.

Moloney added that the announcement was making it out that "women are responsible for the babies and the diseases".

A third caller, Tony Roach from Cork, echoed a similar point to Yvonne. The man who was born in 1953 said he would want to know his partner very well before having relations.

He said that the issue of contraception doesn't arise if you're not married, saying he is "not married" and would have to "study for marriage first".

A woman named Eileen added that it is "ludicrous" to think that people are not going to have sex anyway.

"Hopefully, we now accept that people are having sex," she said, saying that society has come a long way in terms of this but "hasn't really moved on unless men take responsibility themselves".

Elaine from Donegal said that she agreed with Eileen, however, she believes women have "more to lose".

"I suppose my point is that if there is a pregnancy it's, unfortunately, the female who has to deal with a lot of the fall out of that."

popular
Parents told to stop buying selection boxes for kids- here's why
Opinion: He may be a politician, but Leo Varadkar's personal life is none of our business
People are realising what the red Christmas lights are actually for
Fans are concerned about Molly Mae Hague after resurfaced interview
"My heart sank": Tubridy hit with backlash over Toy Show remark
Expert says Cocomelon acts "as a drug" to kids' brains
This Netflix Christmas film is being dubbed the perfect rom-com
You may also like
1 month ago
Here's how to get tickets for the Late Late Toy Show
1 month ago
Thundery showers forecast for this weekend
2 months ago
Tayto Park has been renamed Emerald Park
2 months ago
Extra child benefit, IVF and free GP care: Key takeaways from Budget 2023
2 months ago
Free contraception for women aged 17-25 comes into effect tomorrow
3 months ago
What we know so far about Lindsay Lohan's Irish film
Next Page