Nóra had been missing for 10 days.

Nóra Quoirin died from internal bleeding which is thought to be caused by prolonged hunger and stress, Malaysian police have stated.

According to Sky News, there is no signs that she was kidnapped or assaulted.

Four medical experts were involved in her post-mortem examination, which began yesterday, and said "for the time being" there is no evidence that she was kidnapped.

It is said that she died two or three days ago due to a ruptured intestine from being in the forest for so long.

The 15-year-old's parents, Meabh and Sebastian, positively identified the remains discovered in the Malaysian rainforest on Tuesday. 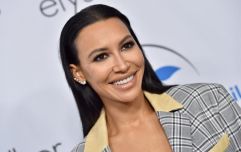 END_OF_DOCUMENT_TOKEN_TO_BE_REPLACED

In a statement issued through the Lucie Blackman Trust, her family said that their hearts were broken by Nóra's passing.

"Nóra is at the heart of our family," they said.

"She is the truest, most precious girl and we love her infinitely. The cruelty of her being taken away is unbearable. Our hearts are broken.

"We will always love our Nóra."


popular
'Soak it all in' – the words about parenting that will make you embrace even the hard days
Doctors were shocked to find baby boy born clutching his mum's contraceptive coil in his hand
Bedtime confession: I lie down with my children until they fall asleep - every night
Ikea has given us a sneak-peek of what's coming – and now we can't wait for autumn
Unstructured play is vital for kids, so we need to stop entertaining them
Fresh starts: 25 small lifestyle changes that will make you happier and healthier
Secondary infertility: The little-known issues surrounding the inability to conceive again
You may also like
5 days ago
Gardaí seeking the public’s assistance in tracing 23-month-old Jasmine Arshad
5 days ago
Broadway actor Nick Cordero dies following Covid-19 complications
1 week ago
"I never thought it would be cancer": Stage 4 melanoma patient recalls receiving her diagnosis
2 weeks ago
10-year-old cyclist from Carlow passes away after collision with car yesterday
2 weeks ago
Gardaí are issuing a fresh appeal for information on 35th anniversary of Barbara Walsh's disappearance
3 weeks ago
Bodies of father and son recovered from lake in Co. Donegal
Next Page