We live in a world where increasingly, more and more of children's time is spent in front of a screen.

This is, of course, time that is then not being spent playing, being outside, doing sports, exploring, reading, or enjoying time with family and friends – IRL.

This is, of course, a worrying development, and something experts are already warning will greatly impact children's health and mental health not just right now, but all the way up until adulthood.

However, it seems not everyone is equally concerned about limiting the amount of time children of today are spending looking at a screen.

Yep, you read that right. Instagram. For kids. Because, you know, Mark clearly wants to hook them when they're young.

Although the plans for the app was announced way back in March, not many have heard of Instagram for kids yet. Zuckerberg himself confirmed the plan during a March 25 congressional hearing, and the same month, a Facebook spokesperson told USA Today that the app was “in its very early stages” and would hopefully “help kids keep up with their friends, discover new hobbies and interests, and more.”

Luckily, the news is finally getting the attention it needs to get in the US, and earlier this week, 44 attorneys general penned a letter to Zuckerberg, urging Facebook to halt its plans for Instagram Kids. The letter notes the many, many psychological and safety-related reasons it would be harmful to launch a version of the app for children under the age of 13. 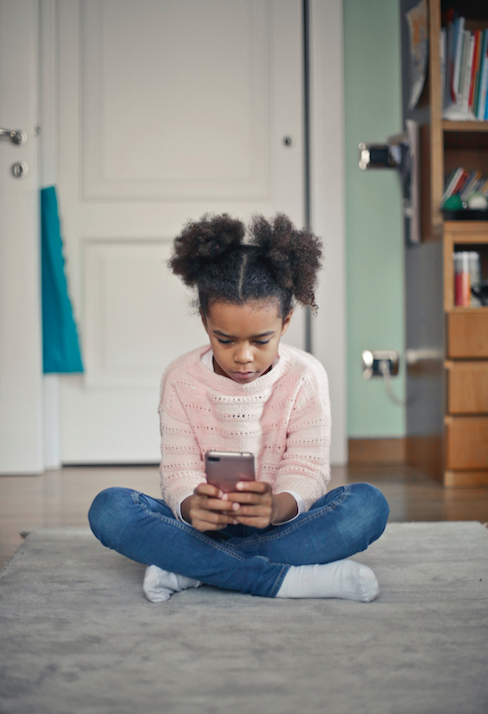 END_OF_DOCUMENT_TOKEN_TO_BE_REPLACED

According to experts, social media — in particular, Instagram — can have adverse effects on children and teenagers’ mental health, body image, self-esteem, and sleep schedule. Instagram breeds an obsession with “likes,” popularity, and missing out on events that a user may or may not have been invited to. What's even more worrying is that studies have shown that young people who spend more time on apps are more likely to have depression and anxiety. A 2017 study from the U.K.’s Royal Society for Public Health showed that, compared to Twitter, Facebook, Snapchat, and YouTube, Instagram has the largest mental health impact.

“There's a good amount of research suggesting that Instagram is among the most toxic social media platforms because of its emphasis on image and followers,” said psychologist Jean Twenge, according to NBC News. “My view is that there's really no way to make it completely safe for young kids.”
“Use of social media can be detrimental to the health and well-being of children, who are not equipped to navigate the challenges of having a social media account. Further, Facebook has historically failed to protect the welfare of children on its platforms,” wrote the National Association of Attorneys General. “The attorneys general have an interest in protecting our youngest citizens, and Facebook’s plans to create a platform where kids under the age of 13 are encouraged to share content online is contrary to that interest.”

Zuckerberg, as the businessman he is, seems adamant about doing it anyway, and explained in the hearing how an Instagram designed especially for kids could help them stay connected to their peers, and "learn about different content online.”

Many healthcare- and children's health professionals have spoken out against the idea, urging Zuckerberg to rethink his plans.

In April, a coalition led by the Campaign for a Commercial-Free Childhood slammed Instagram’s “relentless focus on appearance, self-presentation, and branding,” and wrote in a letter to Zuckerberg that children under 13 are less equipped than adults to handle the pressures, challenges, and anxiety related to the app.
popular
Emma Pattison made distressed call to sister before murder-suicide
Vogue Williams opens up about her divorce from Brian McFadden
Paris Hilton's husband's 9-year-old child wrote a letter begging him to be in her life
RTÉ Operation Transformation star starts fertility treatment
4 ways to fix hard slime with ingredients you probably already have at home
Jessica Biel faces backlash after admitting to teaching her toddler sex ed
Police do not believe Nicola Bulley was a victim of a crime
You may also like
1 week ago
Bride asks for divorce day after wedding following groom's disrespectful cake stunt
1 week ago
Four year old girl killed in dog attack remembered as "a very happy child"
1 week ago
Identical twins trying to get pregnant at same time with shared fiance
1 week ago
Man claims to have found infant remains near Bessborough site in the 90s
2 weeks ago
Patient in his 80s killed in Cork hospital ward following attack
3 weeks ago
Jeremy Clarkson apologises to Meghan Markle over for 'disgraceful' column
Next Page