This weekend, McDonald’s Carrickmines were presented with the Ronald McDonald House Charities Ireland Golden Santa Hat for selling over 10,000 hats in the month of December and raising over €19,000 for the charity, the most for any McDonald’s Ireland restaurant for the RMHC Santa Hat Campaign 2021.

This is the second time that McDonald’s Carrickmines has received this accolade having also sold the most hats in 2020. 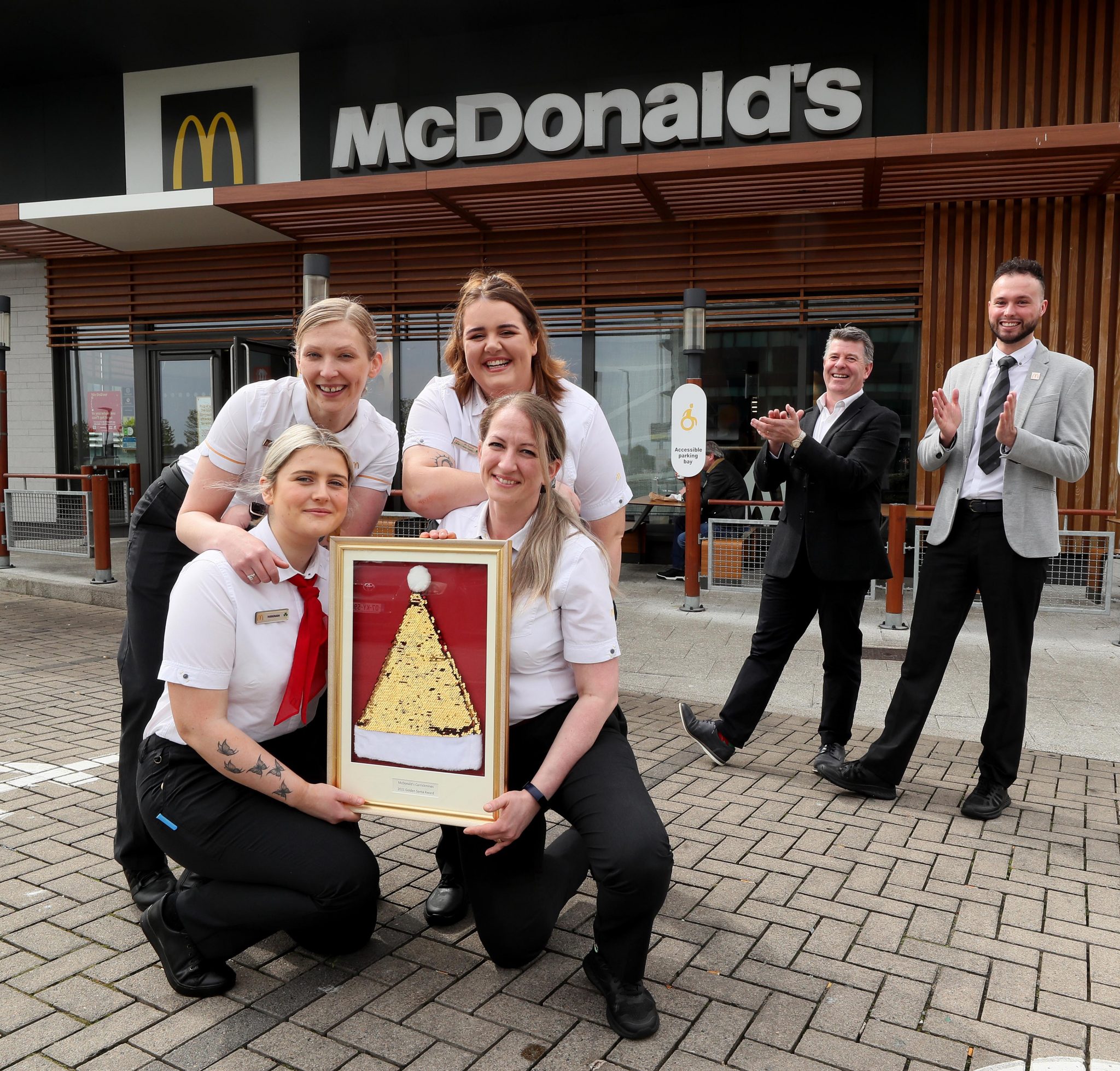 The campaign, which was launched by singer/songwriter and TV presenter Una Healy in December 2021, saw over 84,000 hats sold during the Christmas season with more than €167,400 raised by McDonald’s restaurants nationwide.

The money raised will go towards providing accommodation and a caring, supportive environment for families whose children are undergoing medical treatment at CHI at Crumlin.

“We at the McDonald’s Restaurant Carrickmines are delighted to be the recipients of this year’s RMHC Ireland Golden Hat. The services provided by RMHC Ireland are invaluable, and McDonald’s Ireland is committed to supporting the charity.

All of us at McDonald’s Ireland are delighted to hear that over €167,400 has been raised for RMHC Ireland, to allow them to continue providing vital services to families across the country. I would like to thank all of our customers who supported the campaign by purchasing a hat and my crew members for their continued enthusiastic support of this important initiative.” 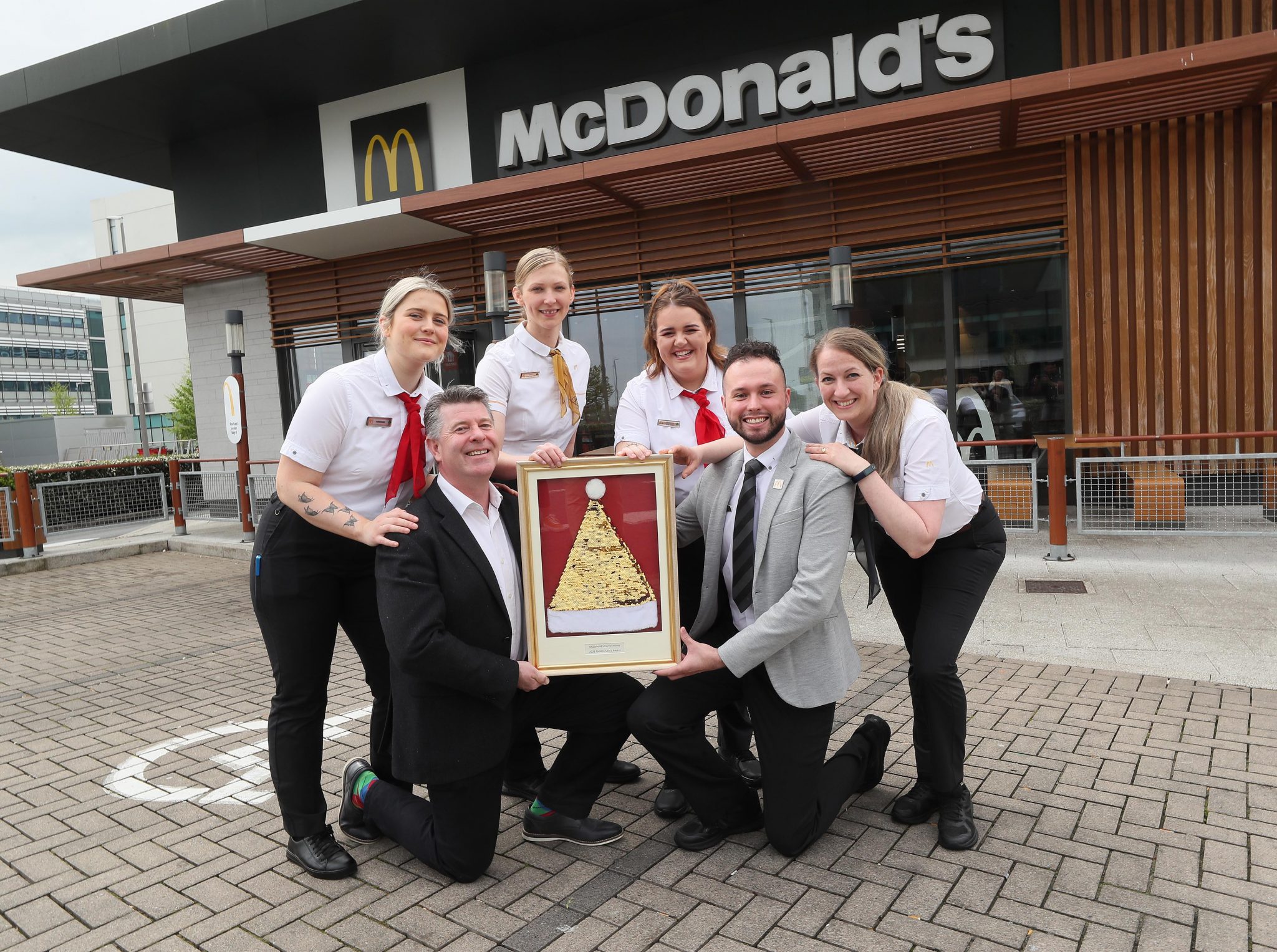 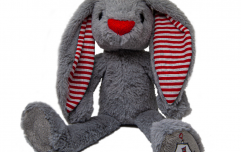 END_OF_DOCUMENT_TOKEN_TO_BE_REPLACED

The RMHC Ireland Golden Hat award was first introduced in 2019 to celebrate the work done by McDonald’s Franchisees and Crew Members across Ireland and their work for the RMHC Ireland Charity.

Ronald McDonald House Charities Ireland has supported over 4,500 families since first opening its doors 17 years ago.

In 2020 alone, over 200 families from across the country stayed at RMHC Ireland. The average length of stay for a family in Ronald McDonald House last year was 26 nights.

“The Santa Hat campaign is one of our flagship fundraising initiatives. The support we receive from McDonald’s Ireland ensures that we can raise vital funds which enables us to continue providing a ‘home-away-from-home’ for families during an incredibly stressful times in their lives

We are very excited to share the RMHC Ireland Golden Hat to Franchisee James Perry and the McDonald’s Carrickmines Crew Members for going above and beyond for the 2021 RMHC Ireland Santa Hat Campaign.”


popular
"You're disgusting": Prince William roars at photographer who was 'stalking' his family
Fashion expert tells mothers what to wear on school run to not look 'old and frumpy'
6 fun things to do in Dublin on your next family day out
Expert says Cocomelon acts "as a drug" to kids' brains
Mum shares her hack for cleaning ball pit balls and it's such a time-saver
Mum gets mixed reaction to photo of her drinking beer while breastfeeding
4 ways to fix hard slime with ingredients you probably already have at home
You may also like
1 year ago
Irish people urged to send a hug to loved ones on National Hugging Day in aid of Ronald McDonald House
2 days ago
Girl (7) who died in Majorca was originally from Donegal
2 days ago
"Holding my own": Vicky Phelan shares update with her followers
2 days ago
6-year-old boy dies in Co. Antrim accident
3 days ago
Abortions at record high – with cost of living and job insecurity partly to blame
3 days ago
Teen who put her newborn in a bin tells court of "regular beatings" from her father
Next Page