Wow - this is not only highly unprofessional but also frighteningly indiscreet.

A midwife from Australia was dismissed for sending a message on Facebook informing a friend that his ex had given birth to his child.

According to documents from the case, the message included the date and time of the baby's birth, the weight and type of delivery and stated that the baby was "f--king huge"

The woman, who had worked as a midwife for six years, found the information when she was checking the hospital's birth register.

9news reports that she said she was acting out of concern for her friend but did admit it wasn't her place to share that information.

The mother and father had a very poor relationship which had broken down as a result of aggressive behaviour.

Health officials began a formal investigation when the mother returned to the hospital saying she was fearful for her and her child's safety. 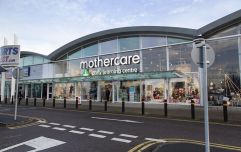 Huge Mothercare World store opens in Galway next FRIDAY and there's up to 50 per cent off!

END_OF_DOCUMENT_TOKEN_TO_BE_REPLACED

She said she was afraid her former partner would try to find out which ward the baby was in.

The midwife lost her appeal.

The employment commission in Adelaide found that while she hadn't acted maliciously, her actions had broken the midwife code of ethics.


popular
You can enjoy a private Family visit to Santa at Airfield Estate this Christmas
Paloma Faith announces that she is pregnant after long IVF journey
The must-have decor buy for your baby's nursery is back in stock – and it's only €28
5 great pumpkin patches around Ireland to bring the kids to this month
Holly Willoughby's advice for preventing head lice is worth trying (if you haven't already)
Royal baby announcement: Princess Eugenie of York is pregnant with her first child
This Family Travels: our family's trip to Monaghan
You may also like
1 year ago
Revealed: The 3 most AMAZING maternity jeans in the entire universe
1 year ago
These mother and baby beds are amazing and every maternity hospital should have them
1 year ago
6 things I DIDN'T bring in my hospital bag (and I really should have)
1 year ago
10 gorgeous (and super-affordable) maternity buys to pick up at H&M right now
1 year ago
Happy and Healthy - Here are the best health products in Ireland as chosen by you!
1 year ago
Last chance to get involved in 'The Rotunda' if you're a mum to be early this year
Next Page