Minister for Health Stephen Donnelly said he is unsure if the State will be able to fund IVF treatments.

He said that it is "very expensive" so he can't make any promises.

Minister Donnelly previously said his department would introduce IVF funding by 2023, but it appears he has taken back that promise.

During a recent trip to Tipperary, the Minister claimed that he will make the case for public funding, but he "can't make any promises".

"I will be making the case for public funding for IVF for the first time, we’ll see how that gets on."

"It’s really expensive, it turns out," he commented.

He said he is laying the foundations to implement State funding, but it is incredibly expensive. 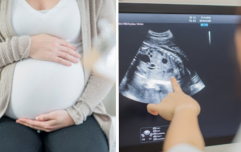 END_OF_DOCUMENT_TOKEN_TO_BE_REPLACED

Donnelly added, "I’ve taken a look at some of the figures, it’s incredibly expensive, but we’re an outlier."

"Other countries in Europe do it and yet somehow Ireland doesn’t and that has to stop. So, I can’t make any promises but I’m laying the foundations to at least start."

Donnelly stressed that parents should have a right to IVF treatment.

He said the service should not be exclusive to people who can afford to pay for IVF.

He added, "We have to say this is something that parents should have a right to because it can’t come down to whether or not you can raise five or six thousand euros; that’s not acceptable."


popular
Opinion: All schools should have generic school uniforms
Here's where you can get the best deals on all your Back to School essentials
Baby twins die in hot car after dad forgets to drop them to creche
Ekin-Su and Davide taking their mums to New York with Love Island winnings
Five teenage girls rushed to hospital after crash in Kilkenny
Luca and Gemma to take major step in their relationship
A mum's experience of being made redundant... while 7 months pregnant
You may also like
3 months ago
State funding for IVF to begin in 2023, Donnelly confirms
3 months ago
Woman in over £100k worth of debt from fertility treatments is pregnant at 47
4 months ago
Woman sues IVF clinic after they allegedly implanted stranger's baby
4 months ago
RTÉ's Eileen Whelan recalls "stressful" IVF journey
4 months ago
"I just wanted to be pregnant" – one mum shares the ups and downs of her fertility journey
4 months ago
Chrissy Teigen says she's "finished" her latest round of IVF, over a year on from pregnancy loss
Next Page