He has spent almost 260 nights in hospital.

A miracle baby has defied the odds by reaching his first birthday despite being given just one day to live.

Hector was born on November 12th, 2021 at just 23 weeks. Covid restrictions at the time meant that he had to be put into isolation until he tested negative for the virus and his parents were not allowed to visit him for the first 40 hours of his life.

His mother, Marie Clare Tully, has now told his incredible story of survival.

Marie and her husband Angus had been told to say their goodbyes following Hector's birth because he had a very low chance of survival.

Speaking to BBC Scotland the brave mum said: "His case is unique as he has extra complications due to his prematurity. He has also been very unlucky as the shunt inside his head keeps blocking.

"I saw him when he was born and gave him a kiss and then he was wrapped in plastic to keep him warm and rushed to the resuscitation department.

"I felt devastation at not being able to be with him. I was heartbroken that we couldn't be with him in those crucial early moments."

The couple was allowed to make short visits to see him and after five days they were able to be with him day and night.

Then, after 42 days, doctors took Hector off his ventilator and said he would live. 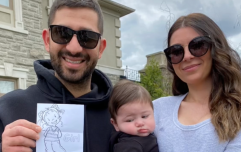 END_OF_DOCUMENT_TOKEN_TO_BE_REPLACED

"When I heard he was going to survive, I let out a wail that came from the bottom of my soul, I can't articulate it, it was the greatest feeling in the world," she said.

"There was still a long way to go but to know the team thought he was going to survive was so great."

Hector was diagnosed with hydrocephalus, which means spinal fluid cannot flow around the body, due to a bleed on his brain. The one-year-old also has chronic lung disease, retinopathy, a feeding tube and centralised sleep apnoea.

He has had 15 operations so far despite only being a year old and has been rushed to A&E over 25 times.

In his first year, the baby boy spent 259 nights in hospital and was only able to go home for the first time in April 2022.

The damage Hector suffered to his brain from hydrocephalus can cause a wide range of symptoms, including headaches, being sick, blurred vision, and difficulty walking which will affect him for the rest of his life. 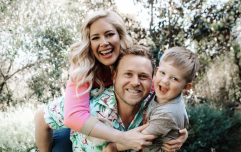 Spencer Pratt and Heidi Montag have welcomed their second child

END_OF_DOCUMENT_TOKEN_TO_BE_REPLACED

Marie Clare and Angus make sure to focus on each day with their son as they do not know how his condition will affect his life in the future.

And despite everything, Marie Clare said she "feels like the luckiest person" and that the last 12 months have been the "best year of my life."

"It is because of everyone's positive prayers that he has been pulled through and we have made sure to surround him with all the love and joy and hope so that he feels absolutely adored."

"We make sure every day is great for him," she said. The mum added that she was blown away by the support from the staff at the hospital.

She explained: "Everybody at the hospital is behind Hector, the nurses, domestics, clerks, doctors, physios, it's like one big family.

"Some days have been so difficult. He's had drains coming out of his head and I've not been allowed to lift him but the care he has had at the hospital has been incredible."

Reflecting on how the family celebrated Hector's landmark birthday, Marie said: "He was born at 01:14 so we stood at his cot at that exact time one year later and had a quiet moment just so grateful he is here.

"We reflected on how he had made it and how we were the luckiest people. It's been the best year of my life."