Model issues warning after being tracked with device and followed home

"I never thought anything like this could happen to me and it did."

A woman has issued a warning after a tracking device was planted in her jacket on a night out and she was followed home.

Model Brooks Nader became suspicious when she received a notification on her iPhone saying that an unknown AirTag had been "moving with her for a while" and that the owner could see her location.

AirTags are used to keep track of things like keys and other personal objects. The 26-year-old was horrified to realise someone had placed one on her.

Taking to Instagram, she called out Apple for the potential dangers of the item.

"Did you take into consideration the danger and potentially fatal consequences this device has?" she wrote.

"Ladies, check your bag, coat, pockets, and surroundings. Disturbed isn’t even the word."

Brooks further elaborated on what had happened, speaking to The Mail Online. 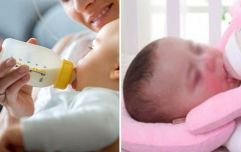 END_OF_DOCUMENT_TOKEN_TO_BE_REPLACED

"Basically my coat was on the barstool at the Odeon in TriBeCa, which was my first location," she said.

"I went to bathroom left my coat on the chair and that’s when I think someone slipped it in. They then followed me for five hours all the way home.

"I hope that my story can help raise awareness and encourage ladies to look out for this notification and keep their belongings close, especially when out and about.

"I never thought anything like this could happen to me and it did. If this does happen to you and you find an AirTag, immediately call the police and Apple to track the serial number back to the perpetrator. 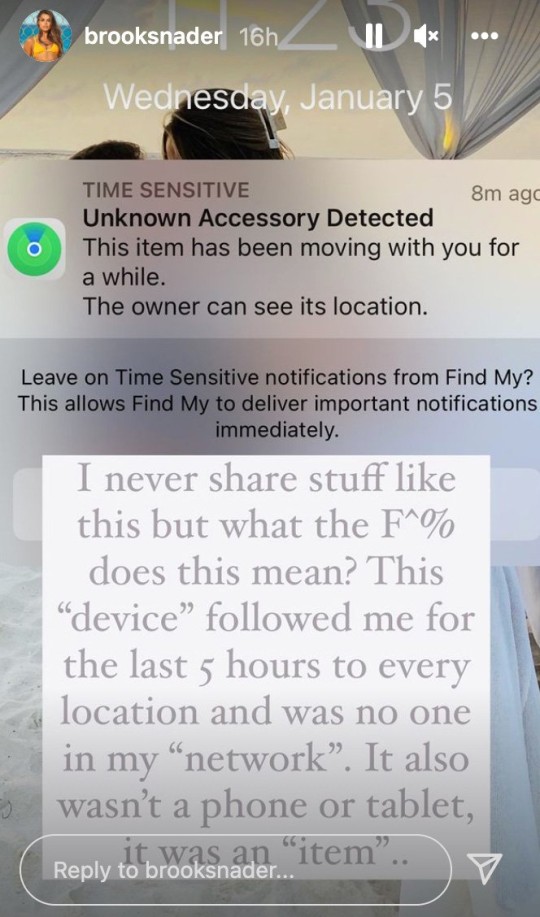 "As women, we need to stick together and warn each other of situations like these."

In another Instagram post, she warned followers to also be careful about posting their location to social media.

"Another side note for my ladies, I learned my lesson the hard way.

"If you’re going to post at a restaurant, drinking with your girlfriends, working out, whatever you’re doing — if it has a location that’s obvious or geotagged, wait until you leave to post it.

"I have made that mistake so many times and it’s very easily avoidable. Just wait until you’re home or you’re walking home or whatever until you post that."

popular
Bride asks for divorce day after wedding following groom's disrespectful cake stunt
Entrepreneur schoolboy has made £1,000 from selling sweets
Police believe they know what happened to missing dog walker Nicola Bulley
Dad admits he hates his daughter's name so much it makes him uncomfortable
Students given £500 after uni was unable to give them their degree certificates at graduation
Couple decide to live on cruise ship permanently after finding it's cheaper than paying mortgage
Going on solo holidays is good for mothers, science says
You may also like
4 months ago
Mum issues warning after TikTok cleaning hack caused fire
6 months ago
Irish heatwave: Warning issued to public over dangerous temperatures
7 months ago
Warning to parents after popular chocolate spread is recalled
8 months ago
Warning issued to dog owners about the "big stretch"
8 months ago
Gardaí investigating attempted abduction of 7-year-old boy
9 months ago
Gardaí say man stalking female sea-swimmers is "a danger to women"
Next Page