What exactly is monkeypox and is it dangerous?

A person in England has tested positive.

Doctors in London have confirmed a case of monkeypox.

The patient is currently in isolation at Guy’s and St Thomas’ infectious disease hospital in London.

It is believed the case was diagnosed on Saturday.

The rare virus is most common in wild animals, but humans can also be infected in rare cases.

It is typically common in Central and Western Africa, but there have been previous outbreaks in multiple countries including England.

According to the World Health Organisation, monkeypox is an infectious disease caused by the monkeypox virus. The virus can be similar to chickenpox, but it is not as common.

It tends to circulate in certain rodents in parts of Africa.

How is it spread?

END_OF_DOCUMENT_TOKEN_TO_BE_REPLACED

Monkeypox is typically spread through animal bites or through direct contact with an infected animal's bodily fluids.

Animals like squirrels, rats, and monkeys spread the virus.

People can also become infected if they touch contaminated surfaces or objects. 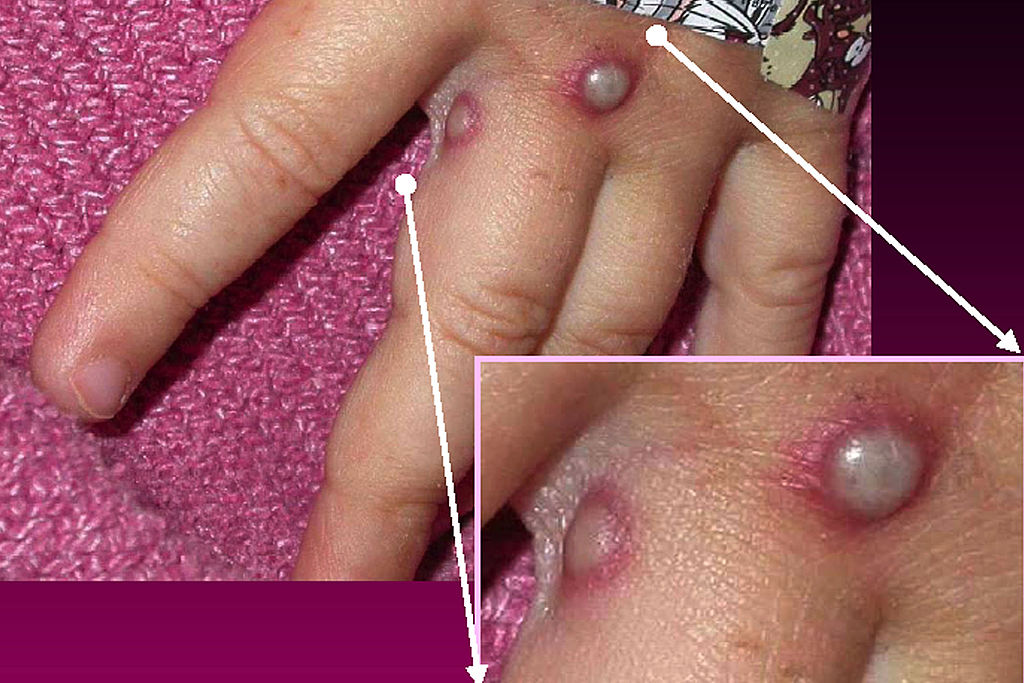 The first symptoms include fever, headache, and muscle pains. People may also experience swollen lymph nodes and tiredness. This is then followed by a rash. The rash forms white blisters which eventually crust over. Symptoms can last from 2 to 4 weeks.

Doctors confirm cases by testing the lesions for the virus's DNA.

It is believed the smallpox vaccine can prevent infection. However, there is no known cure for the virus.

Cidofovir and vaccinia immune globulin can also be used to prevent infection.

The risk of death for those infected with monkeypox is 10%. Death is more common in younger children.

Last year, three cases of the virus were confirmed in Wales. There was also a confirmed case in the United States. There are no known cases in Ireland at this time.


popular
Parent's Benefit Leave extended from today - here's what you need to know
I tried 'slow parenting' for a year and I'm never going back
6 fun things to do in Dublin on your next family day out
Children wearing wrong-sized shoes and pyjamas in daytime as parents cut costs
"You're disgusting": Prince William roars at photographer who was 'stalking' his family
Robb Elementary school to be demolished in the wake of recent shooting
Vicky Phelan shares message of support with Charlie Bird as she deals with pain
You may also like
1 day ago
Did you know mould could be lurking inside your child's sippy cup? Here's how to check
1 week ago
International Yoga Day: 7 incredible benefits kids can get from doing yoga
2 weeks ago
My son was bitten by a tick and this is what I think other parents need to know
3 weeks ago
Warning to parents after increase in cases of unknown hepatitis strain
1 month ago
Families are facing "unprecedented barriers" in securing autism assessment in Ireland
1 month ago
80,000 more children aged six and seven are set to get free GP care this year
Next Page