Customers have been advised to seek alternative arrangements.

Thousands of commuters have been hit with massive delays today [May 28] after a "major signal fault" impacted a number of Irish Rail services.

On Twitter, Irish Rail said that the fault meant there were "no services moving into and out of Heuston." They also advised anyone who has not arrived at the station to look for alternative transport.

Update: Ongoing efforts to rectify the signal fault at Heuston. We are advising all customers who have not yet arrived at a station to seek alternative transport as there are no services moving into and out of Heuston

The news first emerged earlier this morning, when a spokesperson for Irish Rail confirmed on Twitter that there were "no services operating into and out of Heuston."

"This includes Newbridge/Hazelhatch to Grand Canal Dock services. DART, Commuter and Intercity services into and out of Connolly are not impacted." 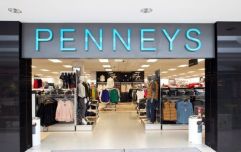 END_OF_DOCUMENT_TOKEN_TO_BE_REPLACED

However, speaking on RTÉ Radio One's Morning Ireland today, Irish Rail spokesperson Jane Cregan said it was "impacting everything from Dublin to Cork and also Dublin to Athlone."

She explained that Irish Rail are "hoping to have it rectified as soon as possible," but that there's currently no indication of a timeline for when it will be resolved.

"Everything from Dublin to Cork to Limerick... a train may have got as far as Charleville, the Waterford route may get as far as Kilkenny.

"It's the whole signalling system. In reality there is nothing moving in or out of Heuston."


popular
11 little things that mean the absolute world to your kids
Better sleep: 5 things you need to ban from your bedroom according to an organisational expert
BREAKING: Penneys confirm they WILL reopen ALL stores across Ireland within a week
The Best Kid-Friendly Swaps For Popular Swear Words
Our favourite Irish online beauty shop is running an amazing charity initiative this weekend
10 beautiful baby girl names from the 1900s that are making a comeback
Apparently, here are 10 baby names set to be extremely popular in 2020
You may also like
1 day ago
#Covid-19: Travel permitted anywhere in county, groups of six allowed to meet indoors from Monday
1 day ago
#Covid-19: International travel to return for countries where curve has been flattened
1 day ago
Eight dogs believed to be worth €5,000 seized by Gardaí in Co. Tipperary
2 days ago
New suspect identified in Madeleine McCann disappearance case
3 days ago
Brown Thomas and Arnotts to phase reopening from next week
4 days ago
Temperatures to reach 27 degrees today, but the good weather won't last for long
Next Page