Thirty-four-year-old Kathleen Thorson, a mother of four, has donated 12 of her organs, a story which has touched people all over the world.

Her son Teddy was born on December 29 and just five days later, Kathleen was rushed to hospital due to a severe bleed in her brain.

Unfortunately, despite her doctor's best efforts, nothing could be done to save the life of the young mum and she passed away earlier this month.

After her passing, 12 of Kathleen's organs were donated to those in desperate need;

"Kathleen's condition deteriorated to a point that she could no longer survive.

As was her wish, we are doing everything we can for her to be the prayed-for miracle of life for certain others in need of organ donations."

The organiser of the Go Fund Me page, Richard Stubbs said that Jesse was told by medical staff that Kathleen was a "one in a million" organ donor.

"We have received news that in accordance with her wishes Kathleen qualified as a viable donor for all of her organs. The nurse told Jesse the chances that someone is a candidate of this magnitude is less than 1 in a million. But anyone who knew Kathleen already knew that".

Her husband says that his wife's legacy has helped his family to cope with the tragic loss and to heal.

"I'm glad my kids will know their mom for doing that. My 7-year-old told his first grade class that his mom has 'helped people.'" 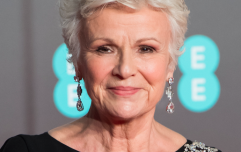 END_OF_DOCUMENT_TOKEN_TO_BE_REPLACED

Jesse Thorson went on to say that the Oregon-based Thorson family are now facing large medical costs for the birth of their youngest son, for Kathleen's hospital bills, and for upcoming funeral expenses.

Thankfully through generous donations, the family has already succeeded in reaching their target but they say nothing will ever truly help them get over the loss of Kathleen.

"There aren't many words to be said except that we love her, and we will miss her with every breath we take. Through all of this hardship, her love, life, and magic are still felt."

Image via Go Fund Me


popular
We are absolutely loving this gorgeous €10 khaki mini dress from Penneys
Say hello to the €40 M&S dress everyone needs in their spring wardrobe
20 Unisex Irish Baby Names That Are Absolutely Magical
Bride baby wears her toddler down the aisle and we can't deal with the cuteness
The Kivin method could help you get the best oral sex you've ever had
22 short (but very sweet) one-syllable baby names that we adore
36 Heavenly Baby Girl Names Inspired By Astrology
You may also like
16 hours ago
Fair City's Will Casey returns to Carrigstown on Sunday night
3 days ago
The family of Caroline Flack have released an unpublished Instagram post
4 days ago
Louise Redknapp shares an emotional tribute to her dear friend Caroline Flack
4 days ago
'This is not the end': Kellan Lutz's wife Brittany opens up about heartbreaking miscarriage
4 days ago
Emmerdale's Vanessa Woodfield diagnosed with bowel cancer
5 days ago
'We're all human' Stylist Fiona Fagan hopes for change after passing of close friend, Caroline Flack
Next Page