Do you have plans for Valentine's Day?

Whether you have a romantic date night planned with your other half, or you're having a few glasses of vino with the girls, most of us will be spending money on Valentine's Day (even if it is just treating yo'self to a fancy lunch).

However, new research commissioned by Circle Pay, the social payment app, reveals the us Irish are spending a LOT on the day of love.

The study found that the average gift costs €56, which means Irish adults are spending towards €200 million the day alone this year.

And looking into the world of romance a little bit more, those who are single or in a relationship go on an average of 16 dates per year.

However, those that are married are keen on keeping the flame alive by going on the most dates per year (24) and spending the most money on dates too (€68).

Surprisingly, divorcees go on more dates than single adults, coming in at 18 to 10.

And as for that awkward ending of do-we-split-don't-we-split the bill, it seems nearly half, (44 percent) would rather split on a first date. 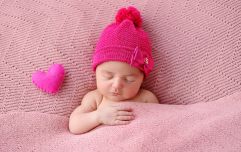 END_OF_DOCUMENT_TOKEN_TO_BE_REPLACED

34 percent prefer to pay the whole bill but if the date isn't going well, daters are more inclined to split the bill (60 percent).

However, 40 percent of daters believe that paying the whole bill will result in a second date and 1 in 4 are more likely to share a kiss.

It all adds up, right?

popular
It looks like Ireland could get a white Christmas this December
Today FM's Paula MacSweeney welcomes baby boy
These baby girl names were used only five times last year
Has Molly Mae Hague accidentally revealed her baby's gender?
Inbetweeners co-stars Joe Thomas and Hannah Tointon welcome their first child
Kelly Osbourne responds to backlash over deciding not to breastfeed
Here are the baby name trends set to dominate 2023
You may also like
7 months ago
Valentine's Day at home? We have rounded up the most delicious deals and treats
7 months ago
There's a candle that lets your husband know you want some of that 'dad bod'...
7 months ago
A really sweet tradition to start with your child in the run up to Valentine's Day
7 months ago
Valentine's Day with kids: 10 sweet and fun traditions to start this year
8 months ago
Break-away: Why you should visit Galgorm Spa & Resort with your Valentine
9 months ago
Fancy spending Valentine's Day at Hogwarts- here's everything you need to know
Next Page