Mum explains why she regrets calling the police on another mum

Sometimes, it's hard to know whether somebody needs your help or not.

From the outside, certain situations that appear normal can actually be dangerous and abusive.

Similarly, other situations that look threatening and wrong can also be totally normal for some people.

Not judging others is difficult, and every now and again your judgements may amount to more than just a fleeting thought or a roll of the eyes.

It could amount to a call to the police that may not have been warranted.

That's what happened to mum Megan Orr Burnside one day when she witnessed what she thought was another mum physically abusing her son.

She said that she saw a lot of screaming and physical violence as the woman tried to get her son into the car.

So, she called the police. 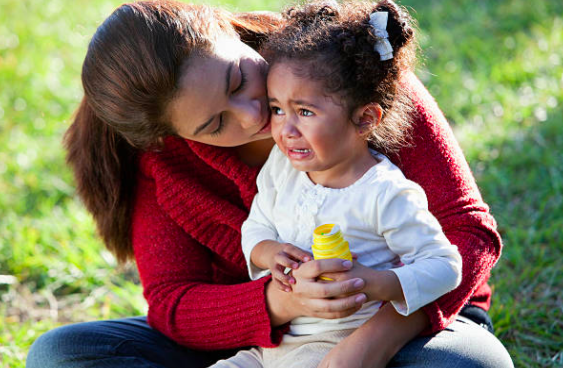 Megan has taken to Facebook to explain why her decision to call the police was wrong.

"We then got a call and they told us that the boy was autistic and she really struggled with him, and she had even asked for the police's help in the past to deal with him because he was very violent.

"They said they have been helping her and she's doing the best she can.

"I had the most overwhelming realization of my mistake. In my eagerness to protect the child, I neglected to offer help to the mother.

"Instead I "turned her in" to the authorities. We sat and watched her struggle and called her in. I have felt guilt even years later that I didn't get out of my car and offer her some help.

"If I had helped in that moment, it may not have led to more violence."

Megan went on to say that she believes she should have helped the woman, instead of calling the police.

Although she recognises that there are times when the authorities do need to step in, this was not one of them.

"I feel like we have become a culture who watches for faults instead of opportunities to help.

"We have become more separated and condemning, instead of compassionate and loving and serving.

"If we helped more, we would have to call the authorities less."

The mum finished her post by saying that she was grateful for the reminders of her mistakes because they helped her to be less judgemental of other people's parenting.

"It's time to stop judging each other and start helping each other, or we will only perpetuate isolation, depression, addictions, violence, and suicide.

"When people are overwhelmed they need help, not condemnation. I know I have been guilty for doing this very thing and I see clearly how I probably perpetuated the problem instead of helping to uplift and assist others."


popular
Adam Collard allegedly attacked on night out with Paige Thorne
A mini heatwave could be coming our way in September
Mum charged with murder after allegedly leaving baby in hot car
Vogue Williams slams man who refused to swap seats with her on plane
Mum issues warning to parents over frightening Cocomelon video
Joe Swash helps 95-year-old woman and carries her to hospital
Gilmore Girls star Alexis Bledel splits from husband of 8 years
You may also like
8 months ago
Mum shares important warning after almost losing her newborn to a kiss
9 months ago
WhatsApp to stop working on over 50 phone models
10 months ago
'Instagram Kids' halted amid backlash and mental health concerns from damning report
1 year ago
Andrew McGinley shuts down Conor's Clips Facebook page due to "trolls"
1 year ago
I Do! This date in December is the day you are most likely to get proposed to
1 year ago
Research finds membership in home-schooling groups doubled during Covid
Next Page