Fans are praying for a jungle romance on this year's I'm A Celebrity...Get Me Out Of Here.

And Nadine Coyle and Myles Stephenson seem like their closest bet.

The pair who've proven to have some chemistry, really set rumours alight when they completed the Dingo Dollar challenge together on Wednesday night, dressed in the one costume and completed risqué moves to win their camp some food.

And it turns out the fans aren't the only ones who were rooting for a connection as Adele Roberts, the first campmate to get evicted, revealed that she tried to set the pair up. 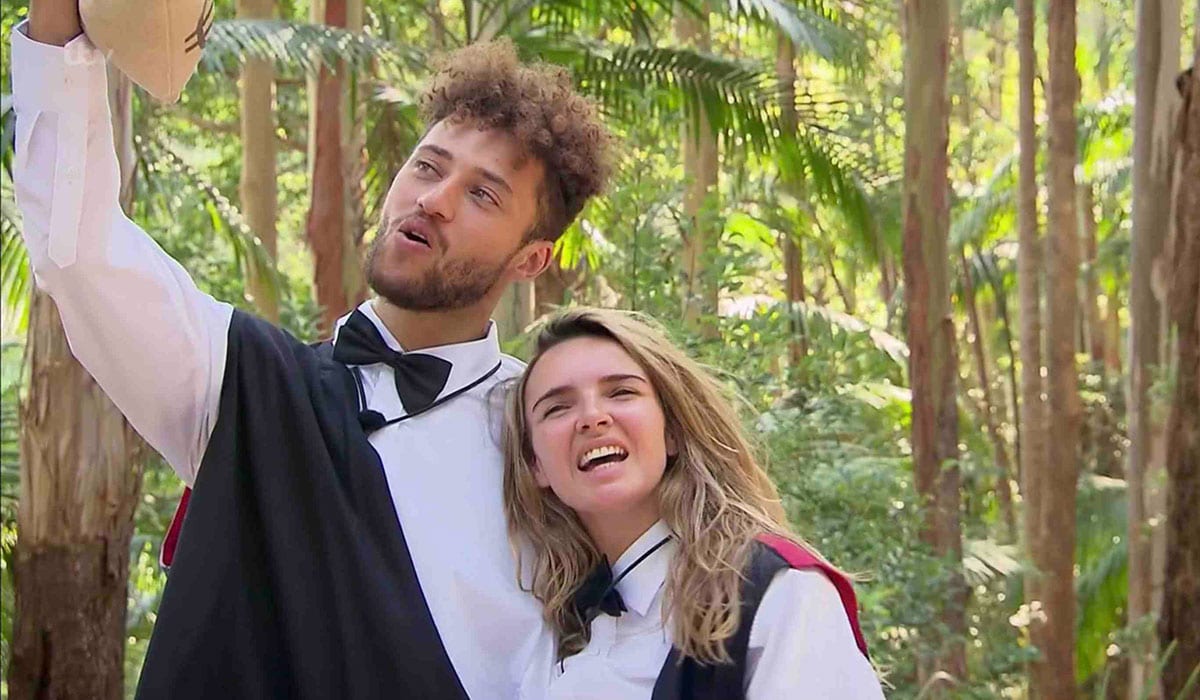 "I was trying to get them together from the start," the Radio 1 DJ said.

James Haskell also added that he thinks they'd make for a cute couple and so, gave his blessing and now, we have word from a family member.

While on the Lorraine show with Roman Kemp's girlfriend, Nadine Coyle's sister, Charmaine Coyle, gave her take on Myles and the situation.

"I think it’s just pals but you never know. We’ll see what happens when they come out, we’ll see," she replied quite sheepishly.

END_OF_DOCUMENT_TOKEN_TO_BE_REPLACED

AND, not denying the relationship means there's still potential for a jungle romance.

Roman Kemp's girlfriend Anne-Sophie Flury also spoke about the love for her boyfriend on the show and revealed that she doesn't feel threatened by any other women despite what the headlines are portraying.

Earlier this week, Anne-Sophie shut down rumours that she was upset by Love Island's Amber Rose Gill saying that she fancied Roman.

"I’m happy, I’m confident, and 0% worried. Keep fangirling and keep voting for our baby RoRo" she wrote on Instagram.

Who have you bets on to win I'm A Celeb?

popular
Third child dies from scarlet fever in UK- here are the symptoms to look out for
"My heart sank": Tubridy hit with backlash over Toy Show remark
Parents told to stop buying selection boxes for kids- here's why
Having an Elf on the Shelf can actually be bad for your kids
Mysterious clumps in Christmas tree should be removed immediately
Downton Abbey's Jessica Brown Findlay welcomes twins after IVF struggle
Irish dad shares warning after his 12-week-old baby was hospitalised with RSV
You may also like
1 week ago
Here's how much this year's I'm A Celeb stars have been paid
2 weeks ago
Legendary Aussie soap Neighbours is returning
2 weeks ago
Nick Cannon estimates how much he pays in child support
2 weeks ago
David Walliams could be removed from Britain's Got Talent following 'offensive' remarks
1 month ago
Netflix is set to crack down on password sharing very soon
1 month ago
Here's everything we know about the Strictly mole drama
Next Page