A third of bosses won't hire women in case they get pregnant, study shows

This is the worst.

We hate to be the bearers of bad news, but a new study in the UK has found that one in three bosses wouldn’t hire a woman for a job because they’d be afraid she would get pregnant soon.

Don’t you just hate when your suspicions of gender bias are confirmed?

We’d like to know if they same applies to a single father. Our guess is that the topic would not even be broached. 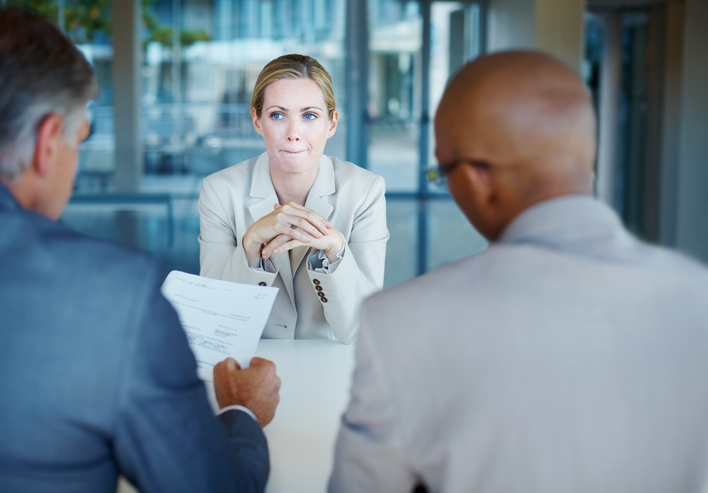 The study was carried out by Slater and Gordon and showed that a sizeable 40 percent of bosses perceive men as being more committed to their jobs.

Following on from that, 37 percent of bosses said that they would advertise positions as men-only if they were allowed.

END_OF_DOCUMENT_TOKEN_TO_BE_REPLACED

The law prohibits gender-discriminatory positions and any form of discrimination on the basis of protected characteristics. These characteristics include a person’s sex, whether or not a person has had a gender reassignment, a person’s race, religion, sexual orientation, etc.

Though obviously only so much can be done to work against an ingrained bias against women in the workplace.

Employment solicitor, Remziye Ozcan, says that women should not be asked questions about their plans to have children, their family situation, or their childcare routine, etc.

So, ladies, if you are asked any of these questions during an interview, you are well within your rights to decline to answer and move on. And, based on these results, we suggest that you do.

popular
Man sues friend for £1.9m after she refused to be his girlfriend
These 40 baby names are set to trend in 2023
'He's a changed man': Woman marries her 'high school bully'
Bride asks for divorce day after wedding following groom's disrespectful cake stunt
Little boy dies of cancer after doctors ignored mother's concerns six times
Dad admits he hates his daughter's name so much it makes him uncomfortable
Police believe they know what happened to missing dog walker Nicola Bulley
You may also like
2 days ago
These are the most popular names for babies born in February
4 days ago
Dani Dyer reveals the gender of her twin babies
5 days ago
Here is the best way to prevent mastitis
1 week ago
The reason why babies usually say 'dada' first has been revealed
1 week ago
Molly-Mae Hague fans are convinced she's given birth after subtle clue
2 weeks ago
Women should abstain from alcohol if trying to conceive, study suggests
Next Page