North West throws a Fashion Week tantrum... and Anna Wintour is NOT impressed

It's never easy managing a toddler wobbler in public, but Kim Kardashian West had the added pressure of the world's media looking on as daughter North West threw a tantrum in the Fashion Week front row.

Mrs. West made sure the adorable little girl was front and centre at Skylight Clarkson Sq in Manhattan as daddy Kanye debuted his new collection for Adidas. North was having none of it however, and made her feelings clear before the show began. 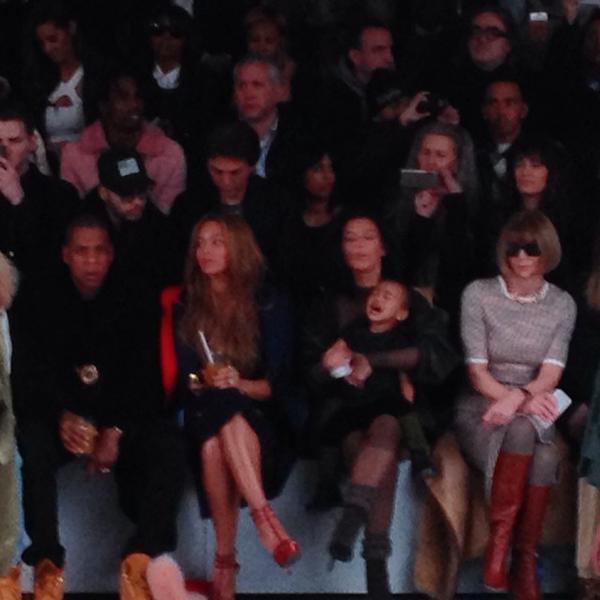 In a photo posted on Twitter, Kim looks to be trying to soothe little Nori before granny Kris Jenner arrived to whisk her backstage.

While Beyoncé and Jay-Z, who no doubt have seen a few toddler tantrums themselves, look unruffled, Vogue editor Anna Wintour can be seen visibly recoiling from the wailing toddler. 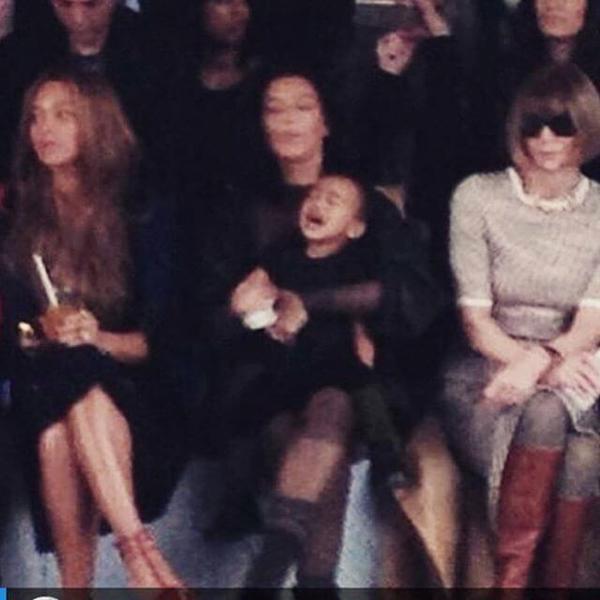 The reality TV star was soon back to herself however, posting this picture to her Twitter account after the show finished... 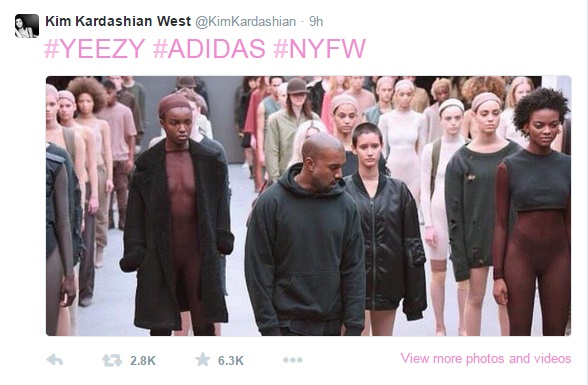 popular
"You're disgusting": Prince William roars at photographer who was 'stalking' his family
"My seven-year-old son told me he's gay"
A rose by any other name: 13 Shakespearean names beginning with A
6 fun things to do in Dublin on your next family day out
Mum who helped deliver best friend's baby finds out her husband is the dad
The cut of most kids clothing is too small for my child, what can I do?
"It's a competition" – one mum rants about teachers' presents and I agree
You may also like
4 months ago
Opinion: Nope, 8-year-olds do not need to 'express their creativity' on TikTok
5 months ago
"Don't play with me": Kanye West tells Kim Kardashian not to "gaslight" him about their kids
1 year ago
WATCH: Kim Kardashian might actually be a more relatable mother than we thought
2 years ago
Kanye West has banned daughter North from wearing make up and crop tops
2 years ago
North West just rocked a fake nose ring, and it seems to have divided the Internet
3 years ago
Kim Kardashian's three kids just made their Vogue debut, and they're STUNNING
Next Page