That's not the only advice coming from these care home residents, but it was certainly one woman's pearls of wisdom ahead of the most romantic day of the year. Elderly residents of the Colne View care home in Essex, have been sharing some sound relationship advice ahead of Valentine's Day, with the manager of the facility saying an exercise like this is particularly helpful for those living with dementia.

'Never going to sleep on an argument' and the 'importance of patience', were just some of the messages written by residents with the help of the facility's staff. 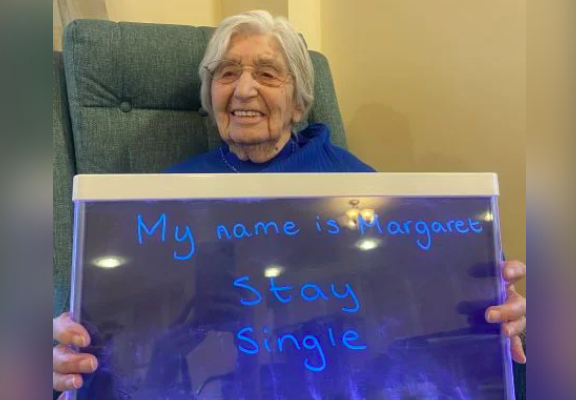 The centenarian was born and raised in London and never married, choosing instead to focus on herself and "be number one," can't argue with that! Margaret wasn't the only resident sharing relationship advice ahead of the big day, 88-year-old Ron Hemsley was married for 50 years and he said the key to a strong relationship is patience, while 92-year-old Betty Wood stressed the importance of resolving an argument before bed.

Manager of the facility, Razvan Stanbeca, said reflecting on strong memories had a wonderful impact on the residents,“It helps boost confidence and offers the chance to re-live happy times, which can then prompt conversation."

We'll leave you with the wise words of 86-year-old Sheila Matthews, who warns people not to marry too young. We'd tend to agree Sheila, sure what's the rush? 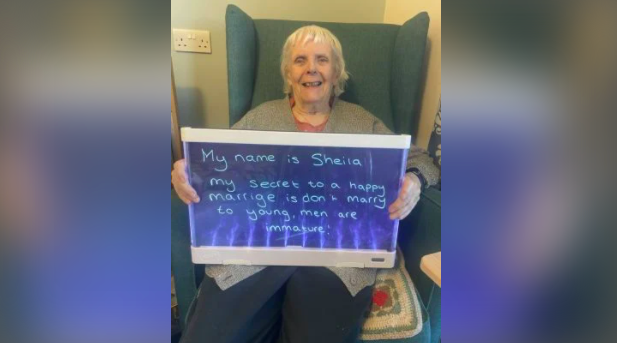 Credit - Care UK, Sheila Matthews gives her relationship advice ahead of Valentine's Day
popular
Here's your chance to WIN a €500 toy voucher just in time for Christmas, with Petits Filous
Father took daughter to hospital three times before she died of Strep A
The release date for season 12 of Call The Midwife has been announced
The government has launched a new funding model for Irish childcare services
Want to work out your Irish Christmas Elf Name? Right this way…
Here are ALL the dates that the Coca-Cola Christmas truck will be touring around Ireland
10 Sexual Positions That Only People With Kids Will Know
You may also like
9 months ago
Valentine's Day at home? We have rounded up the most delicious deals and treats
9 months ago
There's a candle that lets your husband know you want some of that 'dad bod'...
10 months ago
A really sweet tradition to start with your child in the run up to Valentine's Day
10 months ago
Valentine's Day with kids: 10 sweet and fun traditions to start this year
10 months ago
Break-away: Why you should visit Galgorm Spa & Resort with your Valentine
11 months ago
Fancy spending Valentine's Day at Hogwarts- here's everything you need to know
Next Page